Only local coaches have won Afcon titles for Ghana – Akonnor 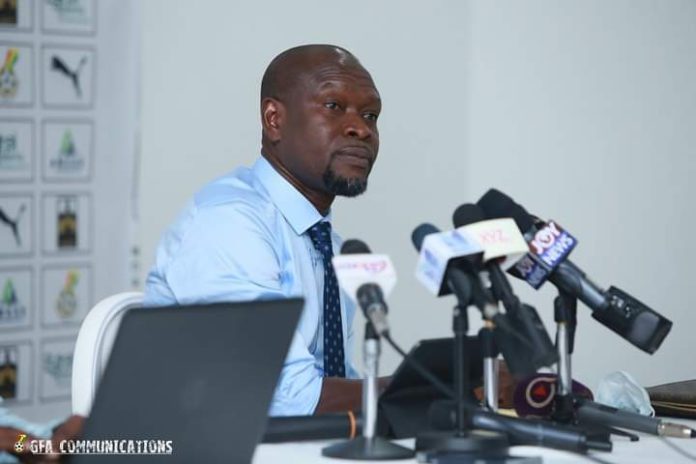 Ghana head coach, Charles Akonnor, has demanded for more trust in his abilities as the country aims to win a fifth Africa Cup of Nations (Afcon) title next year in Cameroon.

There has been intense pressure on Akonnor to lead Ghana to end its 39-year wait for a major trophy.

However, Akonnor is asking fans to get behind the team and trust that another local coach can win the Afcon for Ghana.

“I want to achieve this but we all need to believe. It’s only local coaches who have won the AFCON,” Akonnor revealed at a press conference.

“I am confident it will happen with a local coach. Ghanaians must start believing us,” he said.

The Black Stars were drawn in Group C of next year’s tournament alongside one-time champions Morocco, debutants Comoros and 2017 host Gabon.

Totally agree. As Ghanaians, we need to believe in our own homegrown coaches.

This should not just be the case with the Black Stars, but also with our Ghana Premier League. We need more homegrown coaches to get the experience and to develop into the very best.

While the idea to import European coaches into our leagues/national team is not a bad one, we need to give more chances to our own to flourish. Just because a coach is coming from abroad doesn’t mean he’s more talented and capable than his Ghanaian counterpart and thus deserves more time.

We need to believe in C.K Akonnor and give him more time because if it was someone from Europe, he would have plenty of time, which isn’t fair.

While the idea to import European coaches into our leagues/national team is not a bad one, we need to give more chances to our own to flourish.

Since childhood I’ve wondered what an imported coach knows that a Ghanaian coach doesn’t know (or at least can’t learn). I settled with the thought that Ghanaians (and most blacks) revered anything from a white man’s land than from our own land, from products to religion to politics. It’s something to do with our mentality. Kwesi Appiah for me was proof a Ghanaian coach is enough to manage our teams.

Yeah, definitely. Also, very few of these European/Foreign coaches come with the genuine mindset of coming to help our football grow. Most come for the money and, with all due respect, if they were as talented, they would’ve found job in Europe and wouldn’t bother coming into our developing leagues, if not for the earning potential alone.

So, we’re getting bottom pile of coaches, in terms of talent, from these imports and spending more on them while we can rely on our own who have the natural passion and eagerness to help elevate Ghanaian football without investing as much.

I totally agree. In the end, it’s just the mentality that “they can do it better than us” that seriously needs changing.