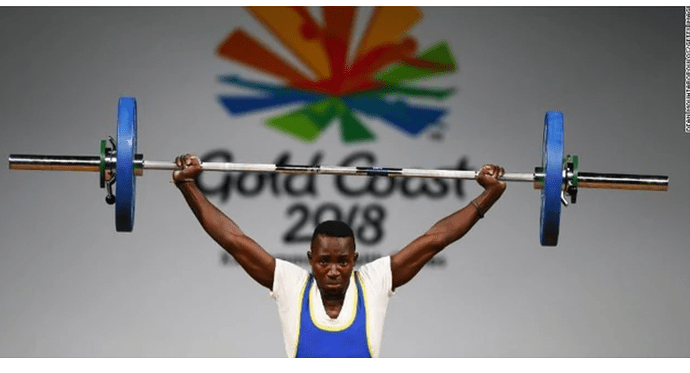 Weightlifter Julius Ssekitoleko went missing from his hotel and left behind a message which said life in Uganda was too hard.

He also stated in his note that he wanted to stay and work in Japan, while asking that his belongings be sent to his wife back home.

The latest development, however, is that Ssekitoleko has been found and is being interviewed by the Japanese Police.

The Guardian reports that the 20-year-old weightlifter was found in the city of Yokkaichi, 105 miles east of his host town in western Japan.

The young athlete had failed to qualify for the Olympic Games after his arrival in Japan, and was due to fly back to Uganda on July 20.

However, officials said he went missing from the Ugandan delegation’s hotel in Izumisano at 6:30 a.m. last Friday.

CNN reported that he “purchased a Shinkansen bullet train ticket to Nagoya, about 200 kilometers away.”

“In the note, Ssekitoleko said he did not want to return to Uganda and asked the members of his delegation to send his belongings back to his wife,” the report said.

It added: “City officials first feared he was missing around midday on Friday, when they noticed that a Covid-19 test sample had not been submitted by Ssekitoleko.”

However, Ssekitoleko is set to be returned back to Uganda after being found by the Mie prefectural police in central Japan

He didn’t plan the thing well kraa, if you want to run, plan the thing like the professor, and make sure you close every obstacle before you execute the plan

Lol this guy is simply not serious about running. You can’t run away from the camp and still be roaming in town just like that. He thinks the system there is like that of Uganda. He must be deported with immediate effect

Uganda is too hot. Many of us in his position will do the same thing. RUN!. Just getting caught is what I am not sure about.

. He is an athlete. He have a better shot than many people in the country. He should go back and work on himself. Hope he qualifies to the next stage the next time an opportunity comes.