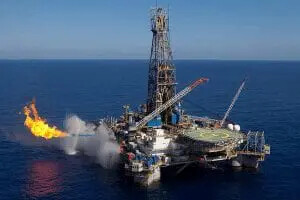 Italian oil giant, ENI has sued the Government of Ghana in a London court after a former Energy Minister John Peter Amewu in April 2020 issued a directive to the company and Springfield E&P to begin talks and combine their adjacent oil and gas fields.

Mr Amewu gave them until September 18, 2021 to reach an agreement.

His directive said that seismic data had indicated Eni’s Sankofa offshore field, which entered production in 2017, and Springfield’s Afina Discovery had identical reservoir and fluid properties.

ENI is now seeking five reliefs from the Tribunal.

These include a declaration that the purported directives by Mr Amewu, and any other steps taken to implement those directives represent a breach of contract under the Petroleum Agreement.

It also wants a declaration that the respondents take no further action to implement the purported unitization of the Sankofa Field and Afina discovery on the terms of the purported directive.

The claimant is also seeking an order that the respondent pays damages in an amount to be quantified for the losses suffered by ENI arising out of the respondent’s breaches of the petroleum agreement, Ghanaian law and International law on a joint and several bases.

Commenting on this development, Mr Theophilus Akyeampong, a Petroleum Economist said he does not expect Ghana to be slapped with any judgement debt at the end of this case.