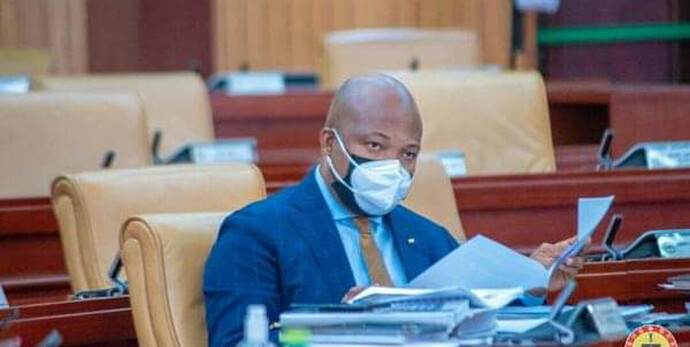 The Finance Minister, Ken Ofori-Atta, will account for President Nana Addo Dankwa Akufo-Addo’s use of a private jet for his recent trips to Europe and South Africa in Parliament on Wednesday, July 21, 2021.

This was disclosed by the Member of Parliament for North Tongu, Okudzeto Ablakwa, who filed two urgent questions on the use of a private jet for President Akufo-Addo’s trips instead of the presidential jet.

The first question, admitted by the Speaker of Parliament, Alban Bagbin on June 1, 2021, dealt with the airworthiness of the presidential jet and was answered by the Minister for Defence, Dominic Nitiwul.

On the day Ken Ofori-Atta was expected to answer his part of the question, Ablakwa was informed that the Minister had requested for more time to furnish the House on the cost of the president’s trips.

The question was subsequently taken off the Business Statement of Parliament, although the Minister had about two weeks earlier to prepare his response.

The move did not sit well with Okudzeto Ablakwa who called on the leadership of Parliament to call out and deal with what he called the abysmal conduct of the Finance Minister.

Mr. Ablakwa in a Facebook post on Friday, 16th July 2021 however confirmed that the Minister will be answering questions on the President’s recent trips, “after many weeks of a rather arduous, circuitous and tortuous campaign to demand accountability and transparency.”

“I can confirm that the Finance Minister will now provide answers to Parliament on Wednesday, July 21, 2021,” the legislator added in the post.

Mr. Ablakwa had threatened to initiate a vote of censure against the Minister if he continues to delay his appearance before the House to render accounts.

He had also accused the Majority side of the house of shielding the Finance Minister from answering his questions, but Deputy Majority Leader, Alexander Afenyo Markin vehemently denied the allegation.