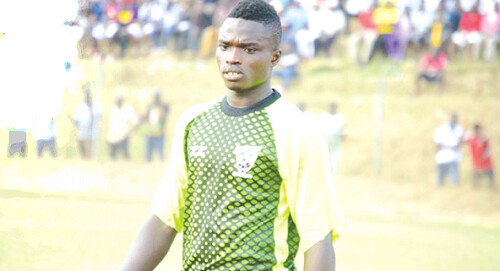 Medeama goalkeeper Eric Ofori Antwi has asked for forgiveness from Hearts of Oak and their fans over comments made by his father some years ago.

Prior to Antwi’s move to Asante Kotoko in 2015, his father Frank Ofori discredited Hearts of Oak, saying his son would never play for them.

But after six years, Ofori is desperate to join Hearts of Oak and wants the club and fans to let go of the past.

“I’m a professional player and I don’t condemn any team. So I want to apologise for my father’s comment” Eric Ofori Antwi told Alfred Takyi on Onua TV sports.

Ofori, nicknamed Alawa is hopping he can help Medeama finish the season-high with MTN FA Cup triumph as they play Hearts of Oak in the semi-finals on Sunday in Cape Coast.

What you say to day may be used against you tomorrow. Let’s be mindful of what we say when angry or over excited. He is going to pay for the sins of his father. Ofori antwi did no wrong but his Father insulted Accra hearts of Oak saying his son will never paly for them.

That was a reckless statement from his father. He really put his son in a tight position. No one knows tomorrow. Anything can happen.

I don’t think he would be apologizing if hearts wasn’t in a good position as they are now. But all the same the team need to let go of the past but never should they sign him.