Martin Odegaard believes Arsenal can win the Premier League ‘within a couple of years’ despite the Gunners’ dreadful start to the current campaign. 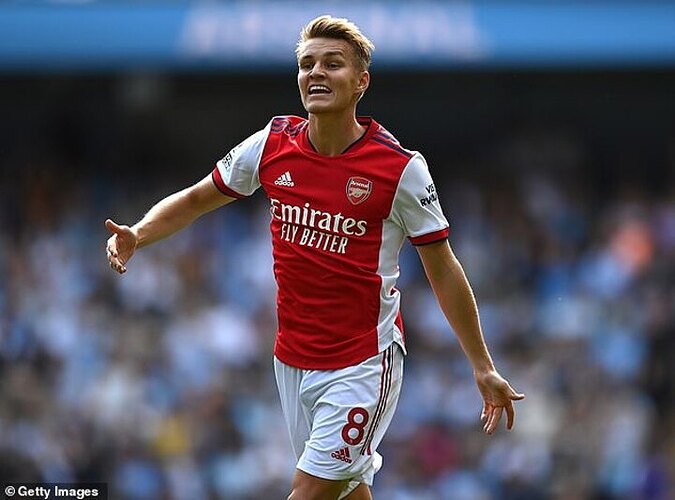 Mikel Arteta’s side sit bottom of the table having lost their three opening matches to Brentford, Chelsea and Manchester City, conceding nine goals while failing to score one.

But Norwegian midfielder Odegaard, who signed from Real Madrid in a £30million deal having spent the second half of last season on loan at the Emirates Stadium, has big ambitions. 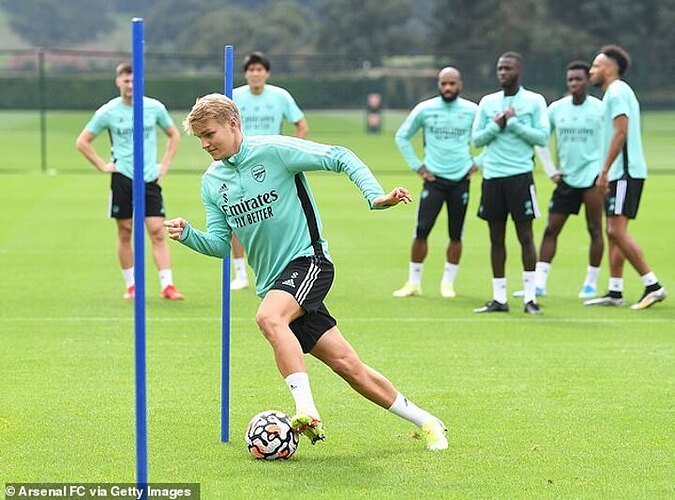 ‘We want to get back to European football this season, that would be important for the players, for the club and for the fans,’ he told Sky Sports.

'Then hopefully with time win trophies, Champions League and hopefully win the league within a couple of years.

'That’s from everyone, this club needs to be at the top and needs to play European football.

‘We haven’t discussed it much but that’s just how it should be at this club and that’s the standard.’

Arsenal finished eighth in Arteta’s first full season in 2020-21, failing to qualify for Europe for the first time in 25 years. 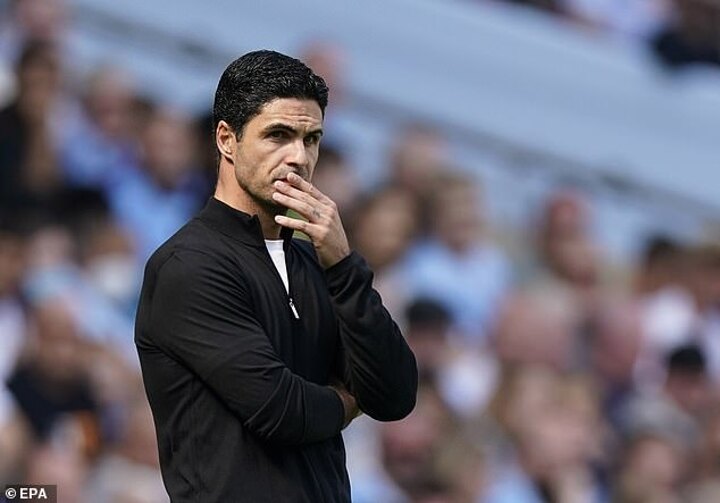 And after a dreadful start to the current campaign, which sees them behind Saturday’s opponents Norwich City, Odegaard’s lofty aims seem a million miles away.

Arteta was allowed to spend big over the summer to turn things around, with Odegaard joined by Ben White, Aaron Ramsdale, Takehiro Tomiyasu, Albert Sambi Lokonga and Nuno Tavares in a spend of almost £150m.

Meanwhile, former Arsenal player Ray Parlour has admitted he is ‘worried’ for Arteta’s side in their game against Norwich given current form. 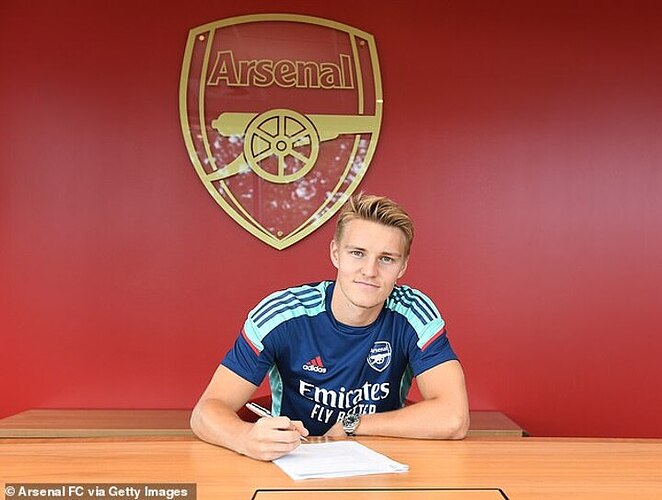 ‘If you were Norwich you’d get right at them for the first 15 minutes,’ Parlour told talkSPORT. 'If Norwich score first, it’s going to be a different atmosphere.

‘You can imagine the supporters getting on their backs. I hope it doesn’t happen because I really want them to do well but I’m worried that if Norwich do come out of the traps and get the first goal I’m worried that it’ll turn into an atmosphere which is not good to play in.’

in their dreams . How can they think dis​:joy:

. Then like another generation wey go win that thing ooo