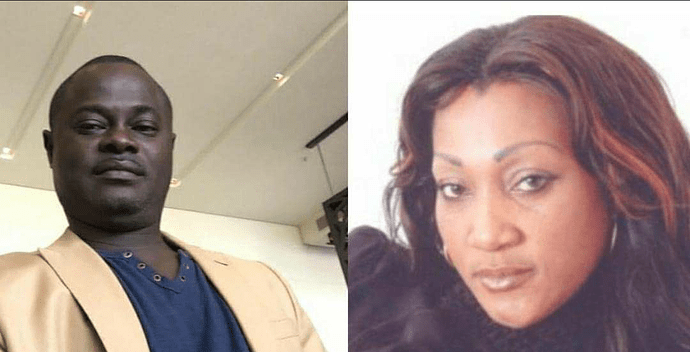 This comes after the latest appeal filed by Miss Appiah to own Odartey Lamptey’s plush East Legon residence was thrown out by the Court of Appeal.

Appiah had sought to claim ownership of the seven-bedroom apartment as part of her alimony after their divorce.

But her appeal was once again not successful after the presiding judge considered her claims to be untenable.

According to sports journalist Saddick Adams (Sports Obama), the former footballer’s ex-wife has hinted at pursuing the case further.

“Odartey Lamptey’s ex-wife. Cheated while this guy was sweating away in the cold. Had him father three children not his, for 19 years,” he wrote on Facebook.

“Man did DNA, went in for divorce. Odartey decided to still help the Children. Paid 200,000 Cedis plus two cars and a plush four-bedroom house at Dome to this woman as alimony.

“Still woman went to appeal to get a 7 bedroom house in East Legon in addition to what she had. In 2019 a court threw the appeal. She filed again, pursued it for two years and has lost again. She hints of pursuing further.”

Odartey Lamptey and Miss Appiah separated in 2013 after DNA results proved the ex-footballer was not the biological father of their three children.

The matter led to the collapse of their 20-year marriage, but disagreements between the couple over the compensation to Miss Appiah led to a protracted legal tussle.

On Thursday, the latest appeal filed by Miss Appiah to own Odartey Lamptey’s plush East Legon residence was thrown out by the Court of Appeal.

Eii this woman can kill.
Herh

You had the man suffered so much and instead of righting your wrongs, you are still holding your grounds and adding petrol to the fire you already created. She has no shame at all.

When you kill the animal behead it. She’s not satisfy tormenting him… I think anytime she sleeps and wake up thinking he still possess the house then she can’t stand it, she’s has her reasons I swear