NPP will welcome Koku if he decides to join -NPP MP 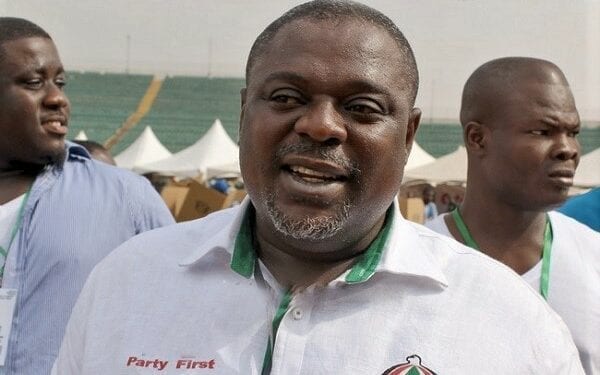 Member of parliament for Afigya Kwabre North Collins Adomako-Mensah, has pointed out that the New Patriotic Party(NPP) is a very welcoming party who accepts all manner of people with divergent views like the former deputy General Secretary of the opposition NDC Koku Anyidoho who was not accommodated by his own party.

He said politics is about numbers so if the NDC does not want their own front man then the New Patriotic Party is ready to embrace him with open arms into their fold if he so wishes.

Mr Adomako-Mensah pointed out that all those being sacked from the NDC are adherents of the late Prof. John Evans Atta Mills who are outspoken against what they deem wrong about former President John Mahama.

He then questioned the motive of the NDC when the party criticized President Akufo-Addo for being a ‘tyrant’ at the time the New Patriotic Party(NPP) was weeding out its undisciplined members from the party. He quizzed if Mr Mahama too can be called a tyrant for not being able to accommodate the views of Koku Anyidoho, however unsavory?

Mr Adomako-Mensah accused the Mahama-led NDC of a deliberate attempt to tarnish the image of the late former President Atta Mills in the party. He said if one takes a careful look at all the individuals who are being expelled from the party, it will be clear that they are all staunch adherents of the late former president.

He said he is not happy that an influential party executive like Koku Anyidoho would be treated in such a manner by the party he has fought for so long.

Mr Adomako-Mensah said this in an interview with Johnnie Hughes on the New Day show on TV3, Wednesday, July 28.

He was reacting on the heels of the expulsion by the National Democratic Congress(NDC) on Tuesday, July 27, for what they describe as his anti-party behavior and misconduct in the party levelled in a petition to the Disciplinary Committee of the NDC.

“He will be welcomed, why not? Politics is about numbers and if he so wishes to join us, we will welcome him”, the Afigya Kwabre North lawmaker said on the New Day.

Koku Anyidoho has been an NPP communicator since he lost the bid to be the secretary to the NDC. Npp will be happy indeed to have him as a full time member. Such is politics, you can enemies today, friends tomorrow

The only option I suggested for him was what you just said. KA political party.
He is a snitch lahhh…

3mmom this country is funny paa oo. It’s obvious Koku has been a member of the NPP for something now so why pretend. Or you want to officially introduce him to us