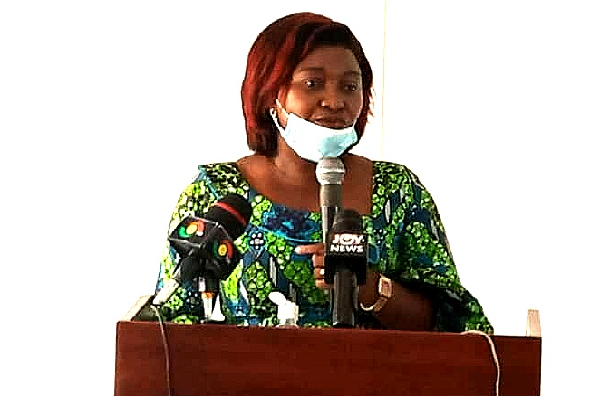 As a history-making party in Ghana’s politics, she said, the party would prosecute an effective and efficient political campaign in the run-up to the 2024 general election to win political power.

“I can assure party members and supporters that the NPP will win a straight third term to continue to steer the affairs of the nation which will be a great shock to many Ghanaians”.

Mrs. Assan was speaking at the constituency annual delegate’s conference of the NPP at Agona Abodom in the Agona West Constituency last Wednesday, August 25, 2021.

She noted that although some Ghanaians and political watchers did not believe that the NPP stood a chance to break the eight-year cycle, the ruling NPP would ensure that the agenda to break the cycle became a reality

Mrs. Assan appealed to members of the party to see themselves as belonging to the elephant family and work in the interest of the party.

The NPP Member of Parliament (MP) for Agona West, Mrs. Cynthia Mamle Morrison, thanked the delegates and party members since it was through their efforts that the party won the 2020 elections.

“I entreat you to stand firm and defend the government as measures are being put in place to improve the economy to bring relief to ordinary Ghanaians,” she stated.

Delivering his report, the acting Constituency Secretary, Nana Kwame Agyei bemoaned the skirt and blouse voting pattern which occurred in the constituency in the 2020 elections.

He said although President Nana Addo Dankwa Akufo-Addo beat former President John Mahama of the NDC with more than 9,000 votes, Mrs. Morrison, the NPP MP for the area won the seat with only 2,000 votes.

as it stands now am not sure they will even pass 50% because Ghanaians are fed up with their atrocities and lies. Now all the political parties in Ghana are in for their own interest so it will be very difficult for people to turn up and vote in the next election