A free-for-all fight between members of the New Patriotic Party (NPP) in the Suhum constituency has left two persons injured.

The party’s Lower West Akyem Communications Officer, Bernard Kwesi Amoani, was allegedly slashed with a cutlass on his forehead. 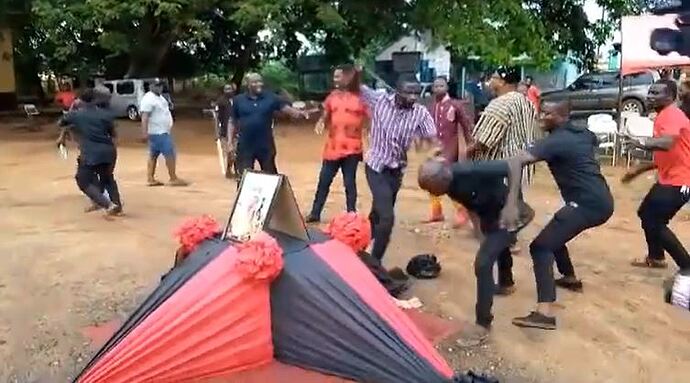 Another victim, Alexander Odei, also sustained injuries on his lips at the chaos which ensued on Saturday, August 28.

According to a witness, the violent attacks happened at the funeral grounds of the late father of one of the party’s communicators known as Opare.

It was between supporters of the Member of Parliament (MP), Kwadwo Asante, and a Presidential staffer, Frank Asiedu Bekoe, popularly known as Protozoa.

The followers of Mr Asante allegedly cast slanders on Protozoa, who is seeking to contest the MP for his seat in the party’s next primaries. 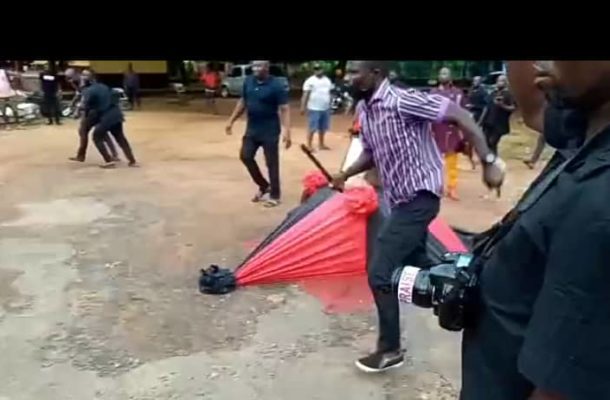 One of the followers of the presidential staffer, popularly known as Big Deal, allegedly took a microphone at the funeral grounds to announce that they have been prevented from greeting the MP.

This subsequently led to the fisticuffs.

The victim with cutlass wound on the head was admitted at the Suhum Government Hospital, where he was treated and discharged.

The Suhum District Police command has since launched investigations into the case.

These so called politicians only thinks about themselves. When it’s time for elections they can go down to reach everyone and after winning, turns their back on us. Yet some people choose to fight for them

Yet some people choose to fight for them

I think they get paid “fighting” for them? If not, then that’d be stupidity on an unprecedented level. My guess is that these people who “fight” for them in one way or another benefit, otherwise why would they be doing it?

See me erh, i even read political science and political communication and still reading political marketing but I’m not interested in talking about them . They make me cringe any time I hear of their acticities. I know a lot about then and that makes me don’t want to talk about them.

@siaw I guess they get paid if not, I’m not very sure a person in his normal senses will do that without getting paid. I just still don’t get it the more I try to understand these things.

When you find yourself in a typical ‘stronghold’ of a political party, then you’ll know that it’s not all about the money. They’ll do anything for the party; fighting is the least of their problems.