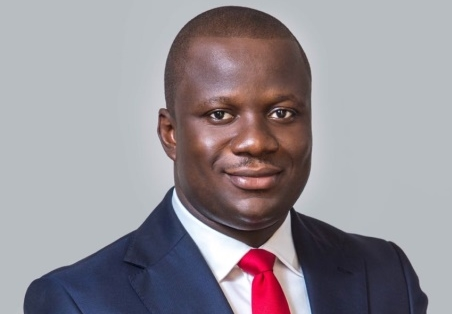 The Minister of Lands and Natural Resources, Mr Samuel Abu Jinapor, has inaugurated the reconstituted lands commissions for the Northern and the Savannah regions, with a call on members to put in place measures to ensure that land is registered within 30 days.

At the national level, he said the government was in the process of implementing a major digitisation programme to capture all records of the Lands Commission as a step towards achieving this turnaround time.

He further tasked the members of the two regional lands commissions to be conversant with the new Lands Act, 2020 (Act 1036).

That, he said, was a “comprehensive law that revises, harmonises and consolidates all existing laws on land for sustainable land administration and management and effective and efficient land tenure.”

“The Act, passed after almost two decades of consultations, gives us a good foundation for effective land administration. It must be your guiding document and you must ensure that all the provisions in the law are implemented to the letter. This can only be achieved if all the stakeholders are conversant and understood what the law required of them. Education on this law in the regions should be a priority,” he stated.

Mr Jinapor, who is also the Member of Parliament (MP) for Damongo in the Savannah Region, inaugurated the two lands commissions for the Northern and Savannah regions at separate functions held in Tamale and Damongo last Monday.

Members of the two regional lands commissions were sworn into office at the separate functions in Tamale and Damongo by the Supervising High Court Judge for the Northern, Savannah and North East regions, Mr Justice Richard Kogyapwah. Mr Samuel Abu Jinapor (in white smock), the Minister of Lands and Natural Resources, with members of the Savannah Regional Lands Commission after the inauguration

At the inauguration of the Northern Regional Lands Commission, Mr Jinapor noted that most of the lands in the region were owned by the skins and families and, therefore, the establishment of Customary Land Secretariats must be of great importance to the regional lands commission.

He noted that the commission was enjoined by the Act to collaborate with the Administrator of Stool Lands to ensure the establishment of these secretariats for each skin, clan and family that owned land, saying that was undoubtedly one of the surest ways of dealing with the challenges of land administration.

He said the regional lands commission was being inaugurated at a time when the region faced a myriad of challenges in land administration due to the rapid development of the Tamale Metropolis and the increasing demand for land.

“As one of the fastest growing cities in West Africa, the demand for land for residential, industrial, commercial and agricultural purposes will keep soaring, and it behoves the regional lands commission to put in place the necessary measures to ensure that the reasonable expectations of investors are met. The ease of access to land, security, tenure and prudent and judicious use of land are key to the socio-economic development of every nation. The fast-growing nature of the Tamale Metropolis and its environs poses a heavy duty on the regional lands commission,” he added.

At Damongo, the Savannah regional capital, Mr Jinapor said he was excited and proud to inaugurate the first lands commission for the young region.

“The Savannah Region is blessed with large tracts of land, making it the largest of the 16 regions in Ghana in terms of land size. We have a great opportunity to leverage on this resource to accelerate socio-economic development in the region,” he stated.

“Again, another important duty you must not renege on is to protect and manage public lands on behalf of the government. As a young region, the government will require land for critical infrastructure that is necessary for the proper functioning of the region,” he told members of the commission.

For his part, the Executive Secretary of the Lands Commission, Alhaji Sulemana Mahama, urged the lands commission members for the Northern and the Savannah regions to limit their expectations from the commission, but rather work for the benefit of their people and the country as a whole.

He also tasked the members to educate stakeholders on the new Lands Act, 2020 (Act 1036) to ensure effective and efficient administration of land in their respective regions.

The chairmen for the Northern and the Savannah regional lands commissions, Mr Yakubu and Dr Achanso, on behalf of their respective commissions, pledged to work assiduously and manage public lands effectively and efficiently to justify the confidence reposed in them.

This is important in the northern region of the country because these areas are known for frequent land disputes a ND killings because of of parcel of land. The minister of land and natural resources, Abu jinapo knows his region an how to bring development there, the inauguration of the lands commission in the region is the best for now