No sign of £4.8m ‘golden toilet’ stolen from Blenheim Palace, two years on 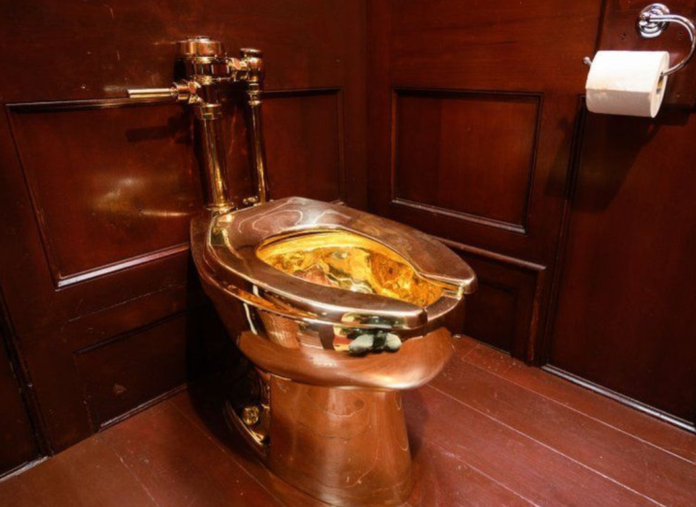 An ’18-carat gold toilet’ is still missing and no one has been charged with its theft two years after it was stolen.

The working toilet – entitled America – was taken from an art exhibition at Blenheim Palace, Oxfordshire, in the early hours of 14 September 2019.

Seven people were arrested but never charged over the theft.

A gang broke into the 18th Century stately home and caused “significant damage and flooding” because the toilet was plumbed into the building.

It had been owned by a private individual and was part of an exhibition by Italian conceptual artist Maurizio Cattelan for two days before it was stolen.

Director Philip Austin said: “No-one has come forward for the reward money yet… Initially there were lots of inquiries but now it’s all gone quiet.” 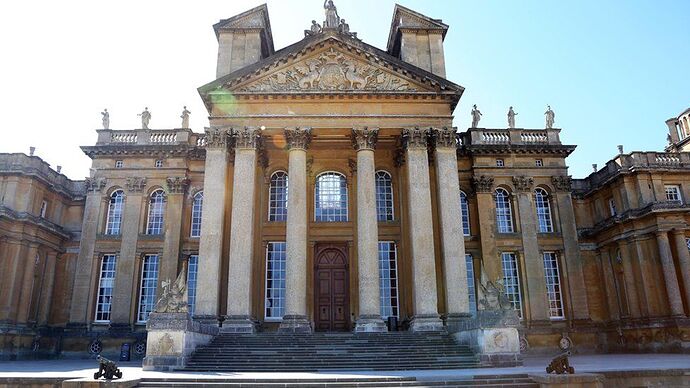 Thames Valley Police said all those arrested had been released while inquiries continued and no charges had been made.

A Blenheim Palace spokeswoman said it was unable to comment due to the ongoing police investigation.

Matthew Barber, Police and Crime Commissioner for the Thames Valley, said “recovering the toilet would be a challenge”.

He told the BBC: “Will we ever see that toilet again? Personally I wonder if it’s in the shape of a toilet to be perfectly honest.

“If you have that large amount of gold I think it seems likely that someone has already managed to dispose of it one way or another.

“It would be great if we can recover it and return it but personally I’m not convinced it’s still in quite the same form it was.”

Art detective Charley Hill told the BBC in November 2019 he thought the toilet would have been cut up, melted down and the gold sold off.

Mr Hill previously helped solve the 1994 theft of an 1893 version of Edvard Munch’s The Scream from an Oslo museum.

A toilet seat is our whole economic system, $6m

But why are the still looking for the toilet seat. It has probably been melted into gold bars and sold for huge amount considering the rise in gold market.

Why display such opulence in the name of displaying arts or monuments. A toilet made of gold ? Wow, i would have broken it if I were the one too

They think it was stolen to be used as toilet seat or what? Since they didn’t need for anything valuable rather than a toilet tool, I’m sure those who know the real value came for it. This is no case . It’s just a recycling gesture