No Pressure: Sarkodie never flops on a beat – Fans react

Fans of Ghanaian rapper Sarkodie erupted with joy as soon as his new album ‘No Pressure’ hit the internet.

Speaking on similar lines, one user stated, “Sarkodie must be studied as a Core Subject in Schools.”

Another elated fan said, “What a time to be alive. God bless you king @sarkodie #NoPressureAlbum is larger than Jupiter.”

Whereas, one user tweeted, “Sarkodie Never Flops On A Beat, He Is Very Consistent When He Flows.”

The next one shared, “Sarkodie just showed we versatility on this album. wow!” One posted, “First time downloading a Sarkodie album… Not disappointed! He really did it! King Sark Fire It’s Alright!”

The next individual shared, “The intro, rollies and cigars, jaara, anything, don’t cry……chale I just can’t choose my favourite.” While one fan concluded, “Sarkodie will reign as the biggest African rapper in history forever and ever.”

With over an accumulated 450 million streams, Sarkodie is one of the biggest rappers from Ghana.

The BET award winner’s new album is up for streaming on leading music platforms like Spotify and Apple Music.

His latest project was released via his own record label SarkCess Music.

The album ‘No Pressure’ is stacked with 15 songs where tracks like ‘Rollies and Cigars’, ‘Fireworks’ featuring Wale made waves amongst the listeners.

You can listen to the full album here. 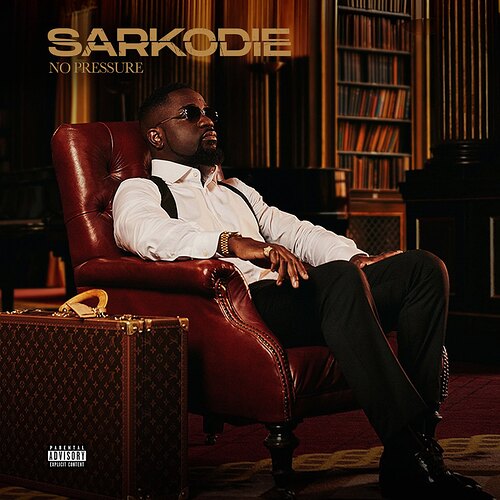 No Pressure by Sarkodie

Talking about the songs from the album, the tracklist of ‘No Pressure’ looks like this:

I’ve had the opportunity to listen to some of the songs in this album. Man, this guy is good. For me, he’s one of the best rappers in the world. This album is hitting the international stage.