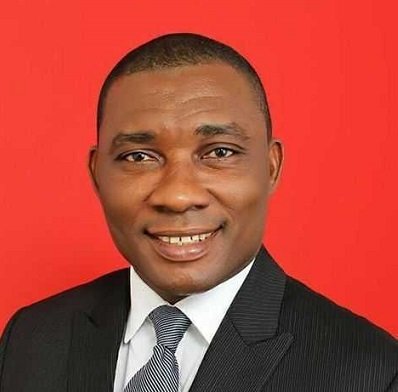 There is no ban on small scale mining in Ghana, you can go and do your work. But if you do it irresponsibly, your licence will be revoked, says the Ministry of Lands and Natural Resources.

At a dialogue with members of the Ghana National Association of Small Scale Miners (GNASSM) on Thursday, it came out that the “Operation Halt” that seeks to remove all persons and logistics involved in mining from water bodies have been harassing licenced small scale miners.

The “Operation Halt” members were said to be telling the small scale miners that “we are not here for your licences,” and frustrate them from working.

But, the Deputy Sector Minister, George Mireku Duker, reiterated government’s position that small scale mining is not banned, what is banned is illegal mining (galamsey).

“From today, if you have your licence, go and work but make sure you are doing responsible mining to protect the environment and water bodies,” he indicated.

According to the Deputy Minister,”you could have an office, make the place clean…if you do this no soldier will harass you, knowing you are doing the right thing.”

Mr Duker said, government had, under the Community Mining Concept, introduced what it described as ‘Green Mining,’ where mining activities would be devoid of the use of mercury.

He explained that government had ordered “Commodity Monitors,” a new mining technology that would not make use of mercury and that “government
will guarantee the Commodity Monitors for the small scale miners to take time to pay off, in order to ensure responsible mining.”

The atmosphere at the meeting hall at the Miklin Hotel, became charged with chants by members in appreciation of the stance of the government to allow them to work.

Mr Duker indicated that the Ministry would form a task force that would incorporate the task force of GNASSM to periodically monitor mining sites to ensure activities were done in proper a manner.

He told them to erect a sign post, display all their documents to make it easier for the task force to determine if they were genuinely operating.

He said any licenced small scale miner who would engage in irresponsible mining would have the licenced revoked, adding that “every quarter, the Ministry will have a meeting with you to make sure that what is required is done.”

Earlier, the Vice President of the GNASSM, Samson Kofi Wiredu, pledged to partner the government to streamline the sector to ensure safe environment.

He said “if we are giving the mandate, we will make sure no one mines on water bodies as well as in the forests, we can do it, we have the skills.”

Though there’s no actual ban small scale mining, the small scale miners are those that engage in gallamsey operations. They go and destroy the forest and water bodies with huge excavators in the name of small scale mining. I think the 100 metres radius rule is not the best . The activities of mining must be stopped for now