Nicki Minaj and Doja Cat topped the charts with 2020’s “Say So (Remix),” but their second collaboration never came to be.

During a Twitter Spaces chat, Nicki revealed that she was asked to feature on Doja’s album Planet Her. She was sent two songs, including “Get Into It (Yuh),” but she and Doja were unable to properly connect the same way she and BIA did for the [“Whole Lotta Money (Remix).”]
It’s not that I’m too busy at all. It’s just that there were middle people involved in that situation so I had told her,” Nicki explained. “If it was like how me and BIA were direct and we dealt with each other directly, it would be different.” 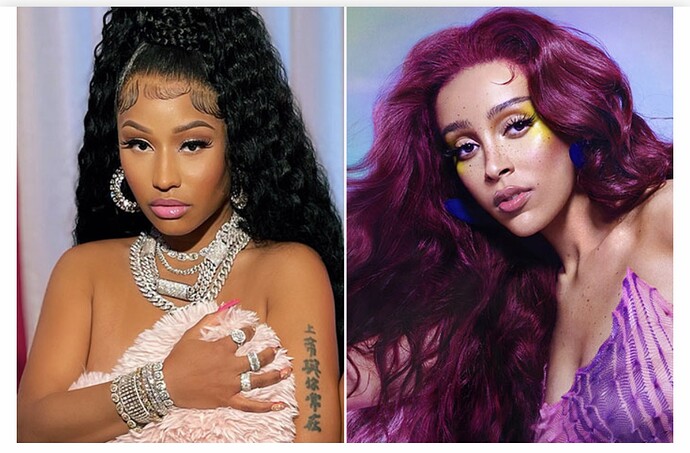