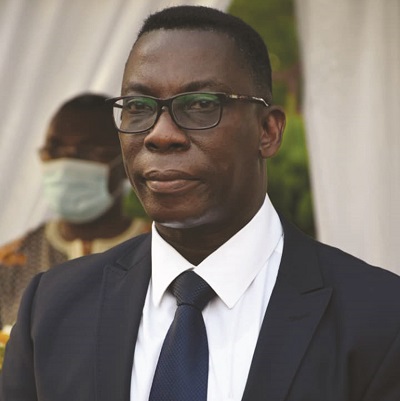 Commissioner of the National Insurance Commission, Dr Justice Yaw Ofori, who disclosed this in an interview with the Ghanaian Times, said only about six per cent of importers bought Marine Insurance locally for their imported cargoes into the country.

He said majority of importers did not buy insurance locally for their imported cargoes, which was against the Insurance Act.

Dr Ofori indicated that the NIC would collaborate with the Ghana Revenue Authority and the Ghana Union of Traders Association to ensure compliance of the Marine Insurance, which enjoined importers to buy insurance locally for their imported cargoes.

The Commissioner of NIC stressed that Nigeria and Kenya strictly went by their Marine Insurance laws and ensured that any goods entering into the two countries had local insurance covering them, saying same must be applied in Ghana.

Among other benefits, Dr Ofori said compliance with the Marine Insurance would save the country a lot of foreign exchange.

He also said the buying of insurance locally by importers for their imported products would reduce the pressure on the cedi, since Marine Insurance was priced in cedis.

Dr Ofori said the compliance with the Marine Insurance by importers would help build the financial capacity of local insurance companies.

He said with the growing threat of piracy and terrorism in the Gulf of Guinea, it was important for importers to insure their cargoes against all these risks.

On fire insurance, Dr Ofori entreated the Traders Association to encourage their members to take fire insurance for their properties.

He said it was untrue insurance companies were not willing to insure the markets in the country.

Dr Ofori stressed that the traders associations should educate their members to reduce the risk associated with their facilities so that they could negotiate for better rates when buying insurance for such facilities.

He mentioned some of the high risks as such illegal connection, exposed wires and hanging wires and lack of access to the markets by Fire Service personnel.