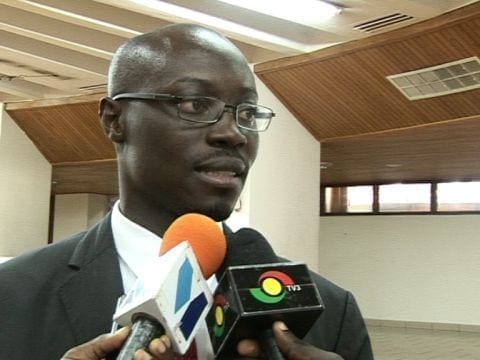 Member of Parliament for Nhyiaeso Constituency Dr Stephen Amoah has stated that the Policy Dialogue by the National Democratic Congress (NDC) on Monday, July 25 is nothing short of being “mischievous”.

He said the leading opposition party cannot just come out to say anything they want and go scot free without redress from the ruling party.

Dr Amoah raised suspicions over the economic charts the NDC showcased during the programme to explain the economic situation in the country, saying the charts smack of nothing but mischief.

He pointed out that the opposition NDC cannot use uneven data points to draw a pie chart and what they did is not done anywhere in the world of economics save cheap partisan politics in the country.

Dr Amoah questioned the method used by Dr Cassiel Ato Forson to generate the economic charts, asking if debt-to-GDP is the only indicator used in assessing the performance of a country’s economy.

He pointed out how under the erstwhile John Mahama administration from 2009 to 2017, the country’s debt portfolio increased over 1,140% in the country even when there was no Covid-19 nor any sluggish performance of the country’s productivity in that period.

The Nhyiaeso legislator posits that the country is currently facing an outlier economic situation that any honest finance and economics person will not analyse and compare to previous conventions in the country.

He said all these in an interview with Johnnie Hughes on the New Day show on TV3 on Tuesday, July 27.

He was reacting to the opposition’s advice to the government to “borrow smartly” when they go out to borrow in order not to leave debt for the future generation.

“Don’t think because of politics, you will rant and say whatever you want. NDC’s own thing they are doing here, please take this to any good statistician and mathematician, it will indicate how mischievous they plan all these things.

“Look, you can never use data points, this one is for eight years, this one is four years, four years to draw a pie chart, it’s not done anywhere. We should have at least five sections, I am telling you this thing that they have done is full of mischief,” the former MASLOC boss charged.