Neymar: I don’t have the strength to play football anymore 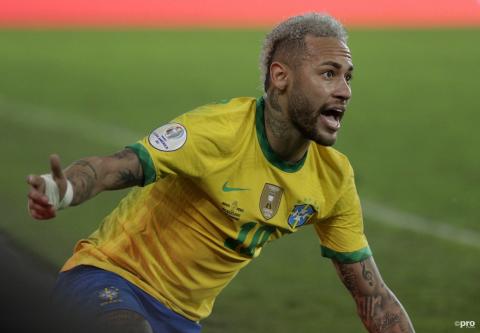 Brazil superstar Neymar has sensationally revealed that he may retire from football in the near future.

The PSG attacker has been one of the greatest footballers of his generation, ever since bursting onto the scene with Santos as a 17-year-old in 2009.He has since gone on to star at both Barcelona and PSG, scoring 330 club goals in a glittering career.

Neymar has also been the star man for the Brazil national team, playing in two World Cups, three Copas America and scoring 69 goals in 113 games.

He helped lead his country to glory at the 2013 FIFA Confederations Cup and 2016 Summer Olympics.However, despite only being 29, Neymar has suggested he may soon retire from football.

Indeed, the forward says that next year’s World Cup in Qatar will be his last.

“I see it as my last because I don’t know if I have the strength of mind to deal with football any more. So I’ll do everything to turn up well, do everything to win with my country, to realise my greatest dream since I was little. And I hope I can do it.”

Neymar has seen World Cup glory elude him as he played a key role in leading his nation to the semi-finals on home soil in 2014, only to be ruled out of the infamous 7-1 semi-final thrashing by eventual winners Germany by injury.Four years later, he had a mixed tournament overshadowed by controversy and accusations of playacting as Brazil went out at the quarter-final stage to Belgium.

Neymar has won five league titles at his two European clubs, and was memorably part of a brilliant Barcelona team that won the treble in 2015.