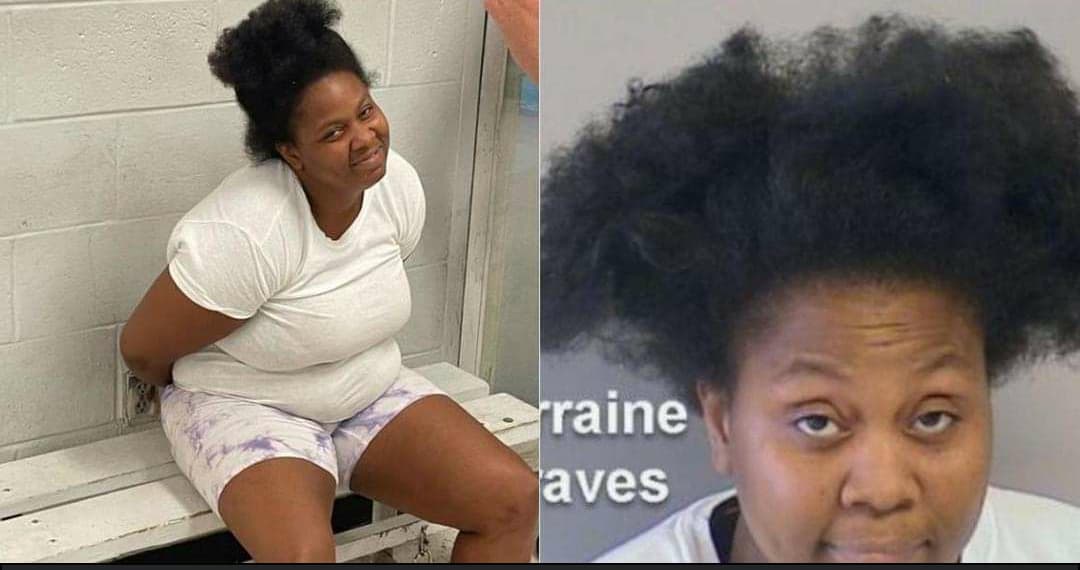 The Tusla Police Department had made a post on Facebook to seek information about Lorraine Graves’s whereabouts, with a promise to pay the informant for any useful tipoff.

Then, she went under the post to enquire about the money, asking: "Where’s the reward money at?”

The Tusla, Oklahoma woman was suspected to be an accomplice in the shooting of Eric back in March at an apartment complex.

While two men had been arrested and charged with the killing, Lorraine was at large, compelling the police to seek the public’s help to arrest her.

She has been charged with being an accessory in the murder of Eric Graves.

The police later returned to Facebook to share details of Lorraine’s arrest with photos of her smiling while in handcuffs.

It is unclear what was funny to her while in the cuffs. Maybe the way she caused her own arrest by merely commenting on the police’s Facebook post tickled her.

Eii things dey go on, a clear indication of mental malfunctioning, I always say s3 depression been worrying so many people, any normal person wouldn’t do these stuff

Look at this woman ooo, how can you be so childish and slow. Anyways, God is the one exposing her for her murder. There are some things we do and get the effect immediately. The punishment for such wicked people must be tough so they don’t repeat it again. Social media gets results