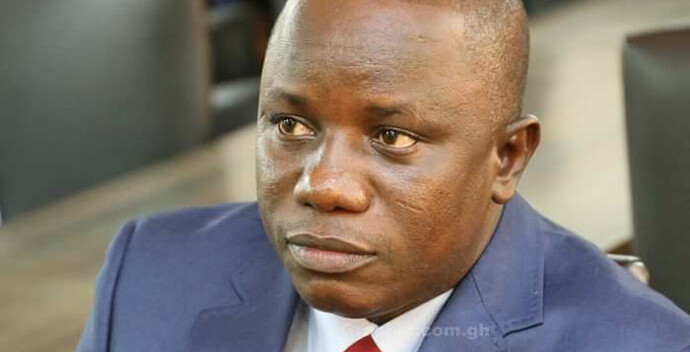 Defence Minister Dominic Nitiwul is to appear before Parliament next week to tell the House what urgent safety measures are being put in place to protect the journalist who recorded the recent military brutalities in Wa.

The House is inviting the Minister because Mr Kwame Dzudzorli Gakpey, MP for Keta, has filed an urgent question on the safety of the journalist.

The Defence Minister has been scheduled to appear before the House, on Tuesday, 27th July 2021, to respond to the question.

The question is contained in the Business Statement for the Tenth Week Ending 30th July 2021, of the Second Meeting of the First Session of the Eighth Parliament of the Fourth Republic of Ghana.

Mr Gakpey, in a telephone interview with the Ghana News Agency (GNA), said he was prompted to file the question, as a means of drawing the attention of the House and the nation to protect the journalist who recorded the brutalities of the military.

The action of the soldiers of the 10 Mechanised Battalion in Wa because of a missing mobile phone went viral on social median and attracted wide public condemnation, with application of sanctions by the Military High Command.

Mr Gakpey described the soldiers’ action as “barbaric”, but noted that despite the sanctions, some people loyal to them might want to vent their spleen on the journalist and his family.

The Keta MP observed that there is growing insecurity in the country.

He said recent attacks on journalists in Ghana, to the extent of some being assassinated, and threatened to be brutalized, there was the need to discuss, and ensure the safety of the journalist and his family.

Parliament on July 2, 2021, directed its Defence and Interior Committee to probe the inhumane treatment the solders meted out on the innocent civilians.

On July 1, 2021, 86 young soldiers of the 10 Mechanised Battalion stormed Tindamba, a suburb of Wa Municipality of the Upper West Region, in search of a colleague’s smart phone which was allegedly stolen.

The assault by the young soldiers on some members of the community went viral on various social media platforms, triggering countrywide mass media condemnation.

The military in Ghana been doing the most and and their jobs, military personnel in various in developed countries do not have such audacity and authority to attack any civilian unless they are on orders to do so