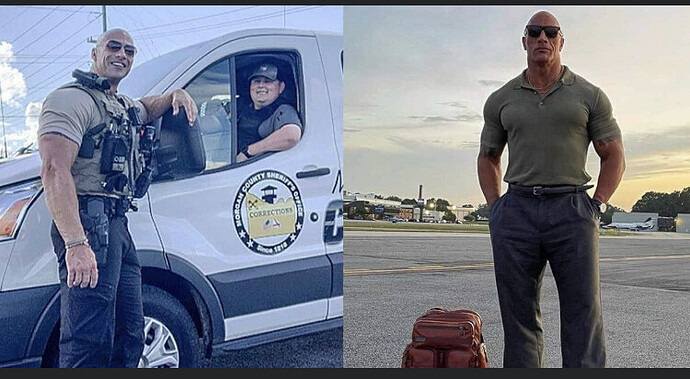 A police officer is going viral due to his uncanny resemblance to former WWE superstar and A-list celebrity Dwayne Johnson, alias The Rock.

Lieutenant Eric Fields from the Morgan County Sheriff’s Office in Alabama went viral after his department posted a photo of him on August 21.

In the photo, Fields, built like the actor, was seen posing with a fan.

According to the police, the man had met a junior officer and requested to meet with Fields. The cop, who could easily be The Rock’s stunt double, gladly passed by his workplace.

“This gentlemen said he wanted to meet our Deputy that people say looks like The Rock. Lieutenant Fields was happy to swing by to see him.

It was great to meet him and some of his co-workers,” the statement read in part.

Speaking to AL.com, Fields said he has worked with the Morgan County Sheriff’s Office for 17 years under different departments but is currently a firearms instructor.

According to fields, it is flattered being compared to The Rock.
"I’ve been called The Rock and Vin Diesel’s love child. I go along with it. It’s humorous. It’s flattering. It could be worse people, I guess,” he said.

Fields admitted that his family sees their resemblance, and his wife often buys him The Rock’s workout paraphernalia.

“I’m just glad I could be part of someone’s happiness and laughter,” he said.

Social media users reacted to a photo of Fields by writing: 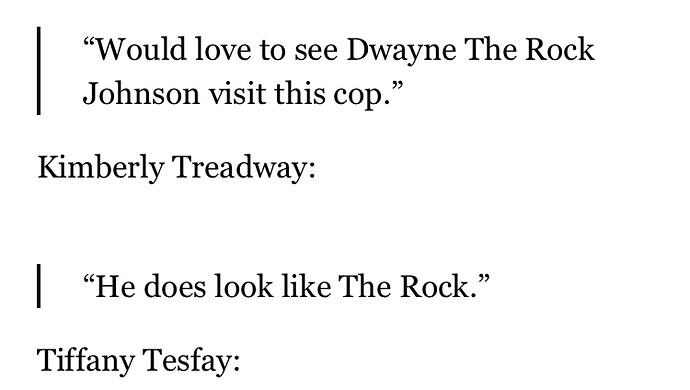 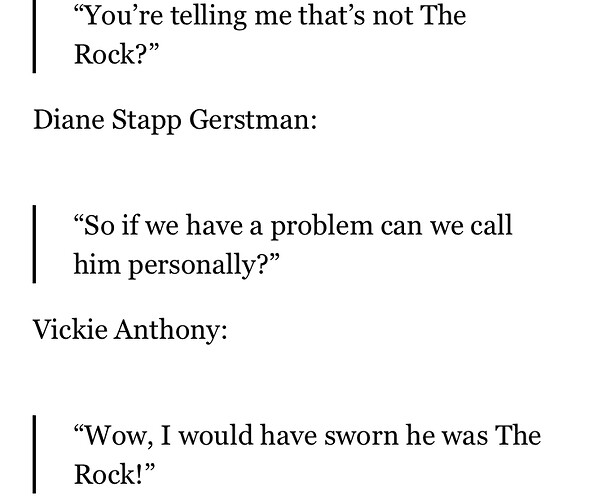 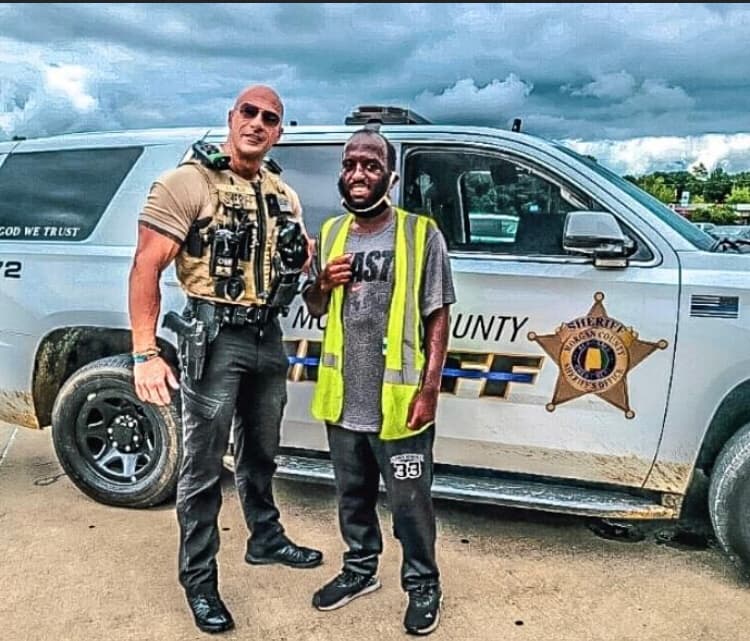 In July, The Rock responded to claims he was beefing with Fast Furious actor and director Vin Diesel.

He downplayed the claims stating: