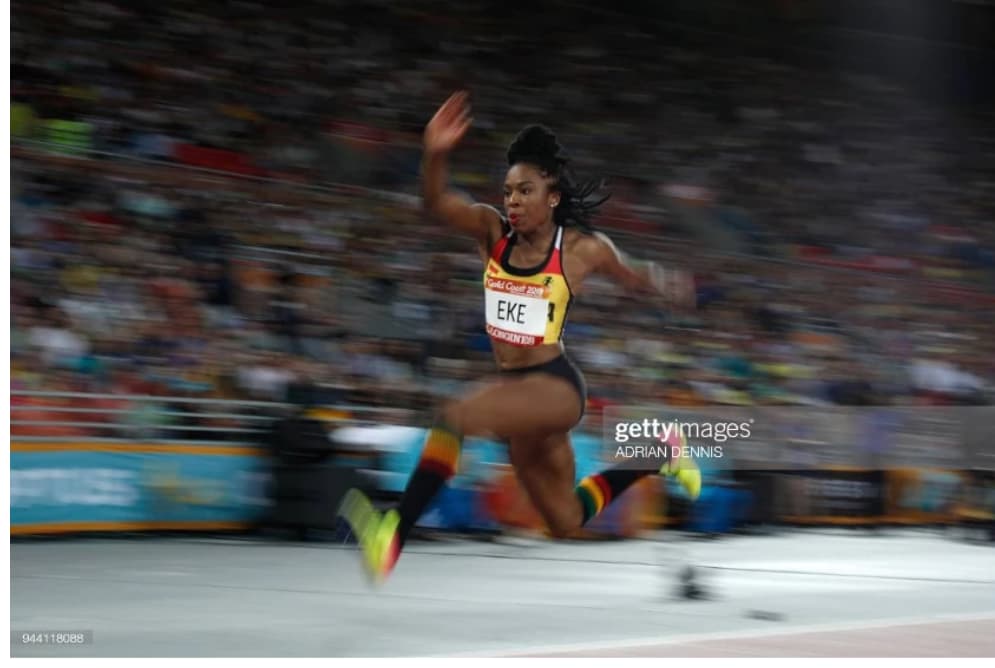 Nadia Eke is a 28-year-old Ghanaian triple jumper. She is the director of the Community Engagement at Special Olympics, Florida. She was born and raised in Accra-Ghana to a family of Ga ethnicity. She graduated from Columbia University in 2015 with a degree in Social Psychology. She began her career in Olympics at age 24. Her marvelous strides in the triple jump event saw her chosen by the Ghana Olympic Committee (G.O.C), to be the nation’s flagbearer during the Opening Ceremony of this year’s Tokyo Olympics on July 23. She will become the nation’s third woman to bear the flag of Ghana after Vida Anim in 2008 and Flings Owusu Agyapong in 2016. Nonetheless, this enigmatic lady has achieved great feats in her athletic journey.

She gained prominence in her career in the year 2014 when she finished 10th (12.67m) in the Commonwealth Games held in Glasglow, Scotland. Subsequently, in the same year, she won silver at the African Championship held at Marrakech with a record of 13.0w. First was Cameroon’s Joelle Mbumi who finished with 14.02w. Later on in that year, Nadia placed seventh (13.28) in the women’s triple jump during the IAAF Continental cup games held at Morroco.

During the 2016- 20th African Championships held in Durban, she emerged first in the Women’s triple jump event (13.4m) and won Gold. That gained her qualification for the 2019 world athletics Championship which she missed due to an ankle injury. Before that year, she won a bronze medal during the 2015 African games held in Rabat with a 13.40 record

In 2017, she placed second to Jamaica’s Williams Kimberly in the ‘2017 meeting Elite de St. Martin’ with a record of 14.32m. She broke Mathile Boateng’s record (13.48) which stood since March 2016. That made her the national record holder of both indoor and outdoor triple jump events.

In 2018, she participated in the Commonwealth Games held at Gold Coast-Australia. She made it to the finals and placed tenth with 13.05m.

During the 2019 Racers/Adidas Grand Prix in Jamaica, she broke her old record in 2017(14.32m) with a 14.33m record best on her first jump. That great feat secured her qualification to the 2020 Tokyo Olympics.

Fortunately, albeit the adversity of COVID 19, the Tokyo Olympics will still push through, and Nadia would be hoping to display an astounding performance and win a medal for Ghana as well.

This lady has seen it all in diverse tournaments by winning an array of medals but winning an Olympic medal in her first appearance, will be her major Magnum opus and that is her focal point.

Ghana has not won an Olympic medal since Barcelona 1992. A silver medal (Boxing), two bronze medals (Boxing), and one bronze medal (Black Meteors-Football) are the only ones Ghana can boast of at the moment. The onus will be on the various athletes to deliver their ultimate best on the most monumental stage of World Athletics. Minister for Youth and Sports, Hon Mustapha Yussif has entreated the athletes to bring home at least six(6) medals (two gold medals, 2 silver medals, and 2 bronze ones)

No woman has ever won a medal at an Olympic game for Ghana yet and all eyes are feasted on Nadia and Unilez to hopefully break that deadlock and bestow indelible glory on Ghanaian female athletes.

It would have been six women representing the country had Gemma Acheampong, Latifa Ali, Janet Amponsah, and Hor Halutie secure the ‘easy’ ticket to the Olympics. It was a crest-fallen moment for the athletes as they emerged third in their qualifying World Relay Race at Poland dubbed “Silesia 21" 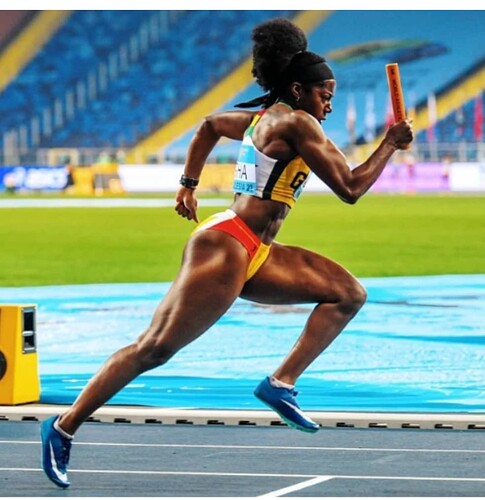 They needed to place either first or second to qualify. The team finished third in their Heat 1 race with a time of 44.8s. Securing a qualification would have still been possible if their third-place record time ranked top two in the best three-place finish, but Ecuador (43.86s) and Denmark (44.25s) beat them to it. Gemma Acheampong attributed their failure to qualify to the sparse time they had for preparation. Hopefully, they bounce back stronger. The team however finished 2nd during the 2019 World Athletics Championship in Doha-Qatar

We hope we come back at least with a medal , no pressure on the folks but we believe in them it’s basically okey if they don’t bring back anything, the tournament is represented by the best of every country in it so it’s never gonna be easy

Women making us proud globally. This is I’m for women empowerment no matter the situation . we must support them in what they do and they perform even better than men. It’s all about support and assistance. Dear ladies, make Ghana proud