McBrown: Photo Of Actress' Injured Hand Pops Up After Surgery In Germany

Award-winning actress and TV personality, Nana Ama McBrown, recently announced that she was going for surgery.

The surgery was to cure a pain in her right hand which was once injured in a car crash with her husband.

The surgery for which she traveled to Germany seems to have gone off successfully. In a new photo after the surgery, McBrown has shown her injured hand to fans.

The photo sighted by YEN.com.gh shows the actress in the company of her daughter, Baby Maxin. McBrown’s right was covered in Plaster of Paris (POP) while it rested in a sling. 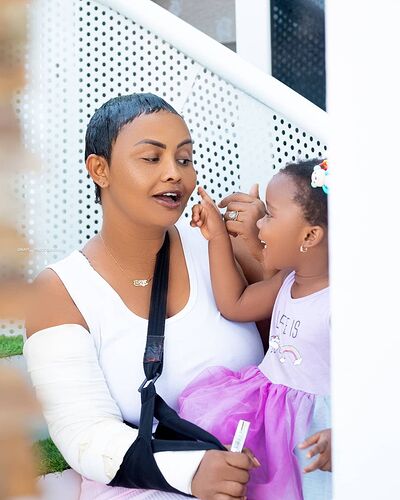