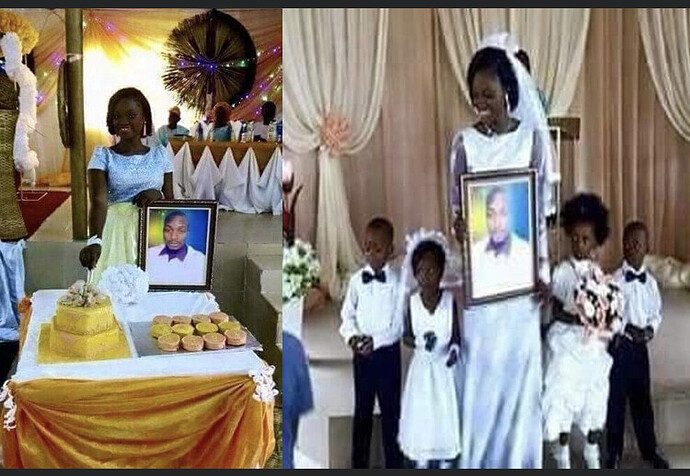 image750×518 121 KB
A woman has reportedly gotten married to a man who was represented at his wedding by his photo.

From what we gathered on social media, the lady met the man on Facebook, and after the friendship between them took an emotional dimension, they decided to officialize it in holy matrimony.

And because the man lives abroad, he sent money to the woman and his family members to organize the wedding and use his photo to physically represents him during the wedding process.

The interesting development has stirred wild reactions online with majority of commenters mocking the girl by saying she looked desperate to marry at all cost.

“It is possible, because the guy may not have his documents that will him returns back to his base if he returns home. That is how he wants it. Living in abroad is not a easy ooo. Lots of processes.”

Marcel Amanda Adaora wrote:
“Desperate times calls for desperate measure… The girl wanted marriage and she got it.” 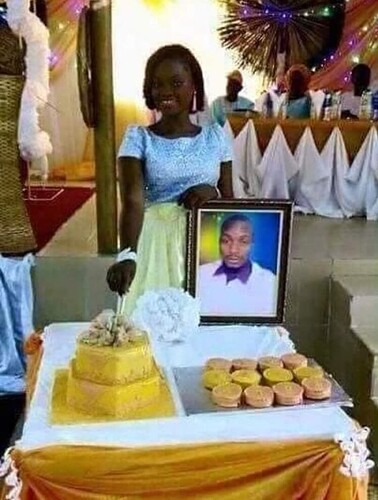 So who said his vows or signed the marriage papers??

This just classifies as a common party then

This is insane oo. What if the supposed man from abroad never comes to meet you ? So people take social media love that serious erh… which pastor blessed that marriage kwraaa.

I won’t advice anyone from OmanbaForum.com to try this except that the man has come physically to marry you. Ladies, don’t let desperation lead to doing things you will regret later

Wow, so how is the honeymoon going to be like?
How did the friends react to this?
Sooo many unanswered questions