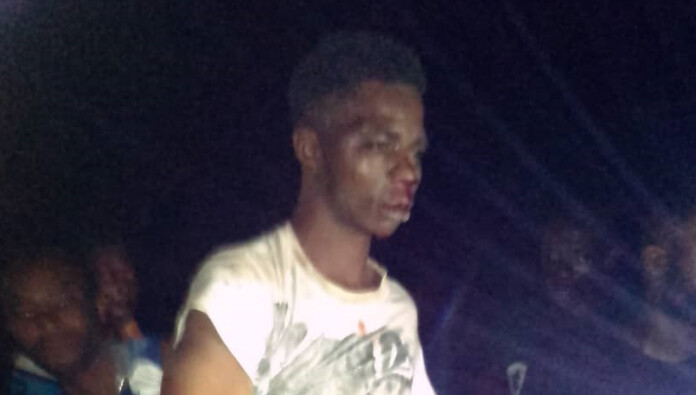 A Twenty-five (25) year-old resident of Mafi Dove in the Central Tongu District of the Volta is in the grips of the Battor Aveyime Police Command for allegedly beheading a 12-year-old boy, for ritual purposes.

According to residents, the incident happened late Sunday night, after a drumming competition among a section of residents following the burial of one of their own.

Unit Committee Chairman Amos Alorse tells TV3, the sound of screaming residents drew their attention to the area. Upon questioning, the suspect allegedly confessed to being sent by one prophetess, Floda Ekpe, to provide her with a human head for some rituals.

The suspect reportedly took the head of the 12-year-old to the prophetess, while dumping the rest of the body in a nearby waterbody.

Anxious residents traced the blood trails from the human head to the prayer camp of the prophetess and broke into the structure, where the suspect and the human head were found.

The police is currently looking into the matter, while the 25-year-old remains in custody.

This is sad. The mentality must change. The youth are being brainwashed to think that they can get wealthy overnight by doing such things.