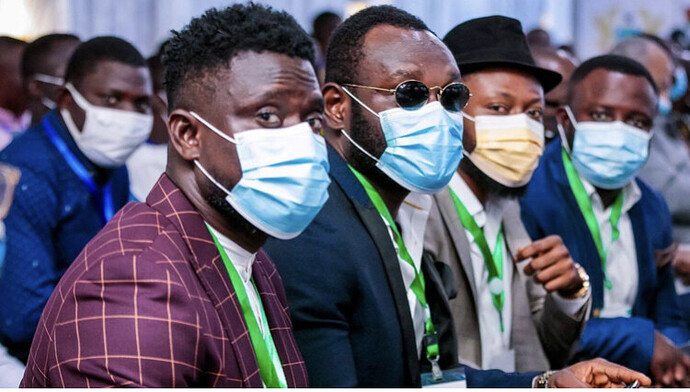 According to the “Cow & Chicken” actor, most of the successful female actresses in the Ghana film industry have backups from sugar daddies. He said their successes could be attributed to sugar daddies and not the other way round.

Bismark the Joke, who is married with three beautiful children, was addressing the lavish lifestyles most female celebrities live on social media during an interview on Kwaku Manu’s “Aggressive Interview” when he made this claim.

“A lot of people assume that male actors are lazy,” he told Kwaku Manu. “It is not like we do not like to work.”

“The girls in the industry you see living good lives and telling us that they have side jobs to survive are women. Sugar daddies approach them. Sugar mommies don’t approach us (men).”

He said that the opposite is different and believes that sugar mommies don’t fall for broke men.

“When you are broke, sugar mommies will not approach you. So, it’s wrong when men and women are compared [in terms of who is making it in the industry].”

He appealed to sugar mummies to come for them because they also need help just like the female actresses.

“They have to balance the equation where sugar mommies will be going after young men in the industry. We need sugar mommies, too,” he appealed.

Bismark The Joke also addressed his absence in the short skits scene.

According to him, his production and creativity level declined the moment he took life seriously and decided to start a family.

He said family issues coupled with less time for himself has limited his creativity. He, however, disclosed that this will not be the end of his short skits. He has promised to bounce back like never before.

funny and sad but is true. These comparison must stop