Mahama’s ‘do or die’ remark not about violence – Kwakye Ofosu 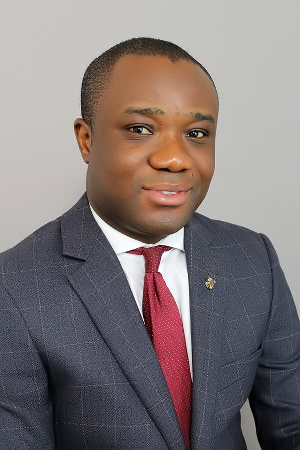 “There is nothing in this man’s record that suggests that he will do anything at all to undermine the peace and security of the Republic of Ghana,” Mr. Ofosu said on Eyewitness News.

He instead said the comments were only to indicate how vigilant the National Democratic Congress will be during the 2024 election.

“President Mahama has made it clear that in 2024, we in the NDC are going to exercise a state of preparedness and heightened vigilance to ensure that every ballot that is cast in our favour is counted in our favour.”

Mr. Ofosu said the Akufo-Addo administration was rather prone to violent tactics.

In making his point, he cited the Ayawaso West Wuogon by-election as an example of state sponsored violence.

“This is a government that has a mindset of violence and terrorism to the extent that it helps them win elections and therefore we in the NDC are left with no choice but to put out a heightened sense of vigilance on election day to protect our interest.”

Mr. Mahama’s comments came in a interview on Akina FM in Techiman, during his ‘Thank You’ tour of the Bono East Region.

The former President maintained that the NDC won the 2020 parliamentary and presidential elections but was robbed of victory.

Mr. Mahama unsuccessfully petitioned the Supreme Court to annul the results of the elections and order a rerun because of alleged irregularities.

He had argued that neither he nor President Akufo-Addo attained a clear majority because of the omission of one constituency from the provisional declaration of results by Ghana’s Electoral Commission.

What is Felix Kwakye saying, must he defend the indefensible always? John Mahama made undiplomatic comment as a stateman and must be condemned. His statement is a recipe for violence by party footsoldiers. What’s the meaning of ‘do or die at the polling stations’?

Mahama is absolutely spot on with his comment. I’ve come to the realization that, the NPP have no diplomacy when they are going after what they want. It’s about time the opposition beat them at their own game. This is very typical of Ghanaians. A sitting MP of NPP ordered a journalist to be killed on a national Television yet nothing was done. For this statement dier, they want JM to retract it. Look, Ghana belongs to all us. Hypocrites!