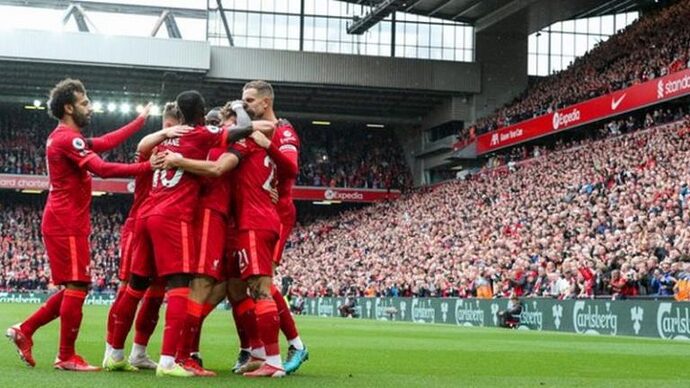 Goals from Diogo Jota and Sadio Mane ensured Liverpool made it two Premier League wins from two with victory over Burnley at a packed Anfield.

Jota opened the scoring in the 18th minute, heading past Nick Pope from Konstantinos Tsimikas’ cross for his second goal in as many games.

Mohamed Salah had the ball in the back of the net eight minutes later, but it was ruled out by the video assistant referee as the Egyptian was offside in the build-up.

Sean Dyche’s side were looking for back-to-back league wins at Anfield for the first time since 1897 after ending Liverpool’s 68-game unbeaten home run last season.

But Burnley’s brave defence were finally beaten again as Jurgen Klopp’s side doubled their lead through a superb second-half Mane strike.

It was a promising all-round performance by Liverpool as captain Jordan Henderson returned to the starting XI after missing the opening-day win over Norwich, with teenager Harvey Elliott also impressing on his first Premier League start.