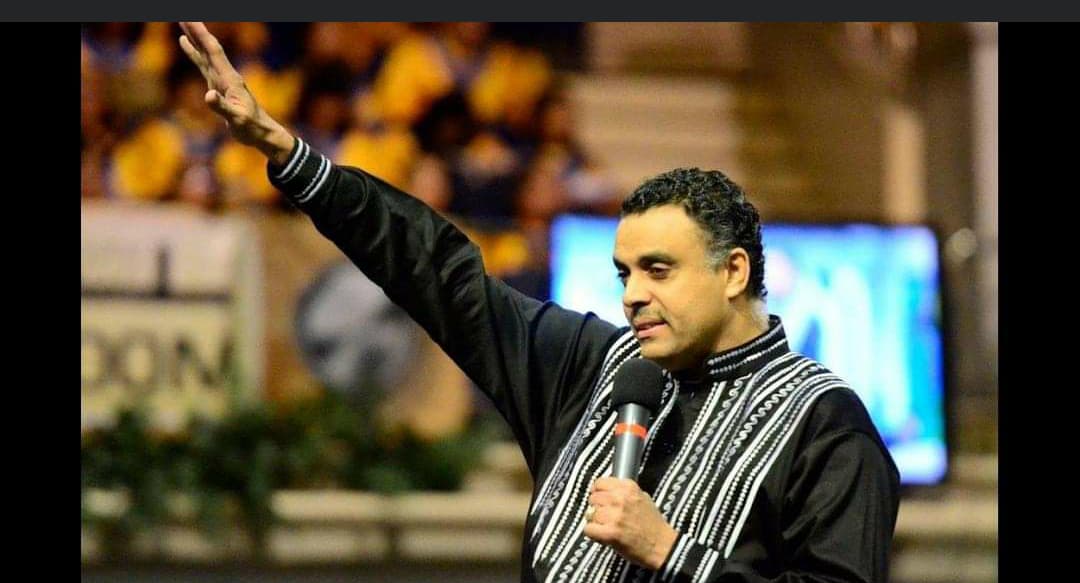 Rev. Seth Duncan resigned his job as a seaman with Ghana’s navy in 2005, trained as a pastor at Anagkazo Bible College, which is owned by his church, Lighthouse Chapel International.

After three years of training, the church sent him into full-time ministry in 2008. He was first posted to Paga in the Upper East Region and later to Tamale and Kasoa in the Northern and Central regions respectively. But he resigned after planting and administering churches for 10 years.

Within the period, the church did not pay his pension contribution for the 120 months of work. When he petitioned Social Security and National Insurance Trust (SSNIT) to seek redress, SSNIT said in a letter dated August 20, 2021, that LCI had done no wrong in not paying his social security contributions.

*“*According to the records currently available to us, we could not establish an employer/employee relationship between LCI Ghana and your good self for the period December 2008 and October 2018 as claimed in your petition,” SSNIT’s Compliance Manager, Felix Cudjoe Ahiable, stated in the letter.

Rev. Duncan, who was ordained by Lighthouse Chapel as a “reverend minister” after working for some time said he wonders what he was doing because his service as a pastor cannot be denied because he was not offered an employment letter. 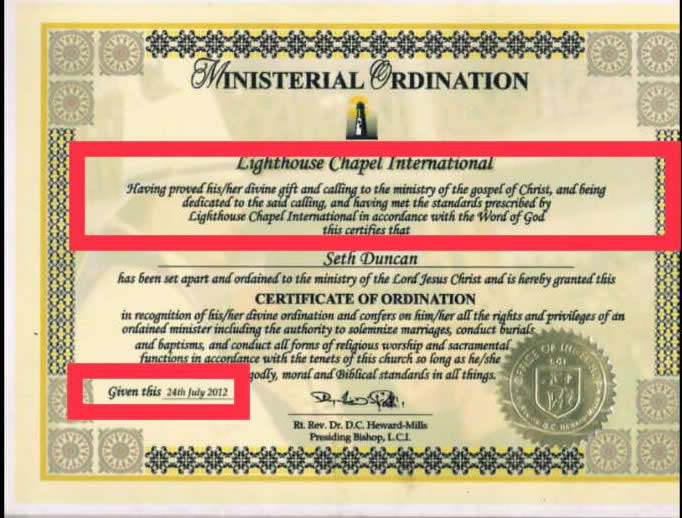 Ordination certificate confirming the employer/employee relationship the church had with Rev. Seth Duncan

This conclusion is similar to those of five other former LCI ministers which SSNIT has reached after more than six months of “independent investigations” into their claims. They are Bishop Larry Odonkor, Bishop Emmanuel Oko Mensah, Rev. Edward Laryea, Rev. Edem Amankwa, and Pastor Faith Makafui Fiakojo.

But the pastors say they provided enough evidence to SSNIT to prove there were employer/employee relationships between them and the church for the periods stated.

They had petitioned SSNIT in February 2021, to compel the church to comply with “basic labour laws.” After a cumulative 70years of work in the church, LCI had not paid their social security contributions for a total of 42 years and five months.

SSNIT said it had met representatives of the church who explained to them the church’s administrative structures and HR policies regarding “appointments, trainings, career progression, transfers, dismissals, payment of salaries and other emoluments of staff.”

The state’s pension-collecting company said it had found out that there is no evidence that the six former bishops and pastors were employees of the church at the times when they claimed the church had defaulted in the mandatory payment towards their retirement.

SSNIT maintained that because of this, it cannot compel Lighthouse Chapel International to pay its outstanding pension contribution.

The pastors had earlier told The Fourth Estate that their engagement with the church was on the basis of trust. Some of them started following the founder, Bishop Dag Heward-Mills, from their university campuses and considered him as a father.

When they were engaged, there were no employment contracts and some of the decisions concerning their employment were done through word of mouth. They also said there were instances they were made to sign documents but they were not given copies.

As to whether they worked in the church or not, according to the pastors are public records because they worked openly and opened branches for the church.

SSNIT also ruled that those who were employed by Lighthouse Chapel International and transferred to the church’s branches outside of Ghana were not entitled to paid SSNIT contribution by the headquarters of Lighthouse Church International.

The pastors say this was not an agreement that was communicated to them before they left Ghana. Besides, some of the churches they opened as missionaries and pastored outside were struggling and were not in the position to have shouldered these responsibilities.