Let's Fight Against Complacency To Break The Eight - Salam Mustapha 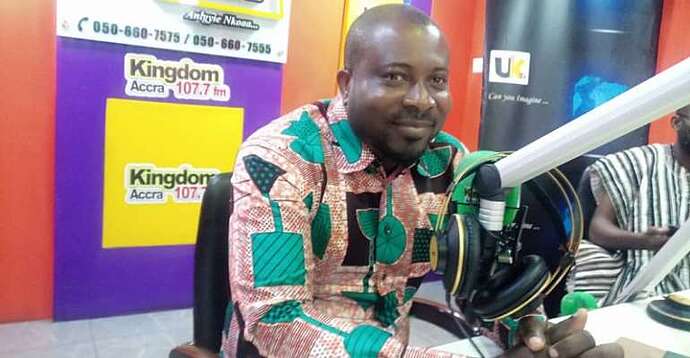 The Director of Programmes at the Office of the Vice President, Mr. Salam Mustapha has sent a word of advice to all Party faithful especially youth to help break the Eight ahead of the 2024 general elections.

The NPP National Youth Organizer hopeful stressed that the 2024 elections should not be seen as an easy task by members of the ruling New Patriotic Party (NPP).

Speaking on Kingdom FM’s afternoon Show ‘Pae Mu Ka’, Mr. Salam Mustapha reiterated that the majority of party work depends on the party youth hence should not be complacent going into the 2024 election.

“The task is not only into the 2024 election but beyond, we cannot be complacent.”

Comparing the work His Excellency the President, Nana Addo Dankwa Akufo-Addo did in 2016 and the outcome of the votes indicate that there is a lot to be done hence they cannot be complacent going forward.

He also appealed to the youth not to allow apathy to set in because everybody will surely be catered for under President Akufo-Addo’s administration.

"As we resolve to break the eight, let us at the same time rededicate ourselves to the unfinished task that lies ahead; the task of completing, consolidating, and continuing the good works of the Nana Addo-led Administration.

“Yes, we are more duty-bound to making this government and for that matter, our party succeeds rather than succeeding those in affairs”, he reiterated.

You want to break eight with this type of government? If we are to vote today, npp and Nana Addo will not get close to 20% of total votes.
It seam you people don’t know what’s happening on the ground. The government has been complacent from day one and there’s no cure