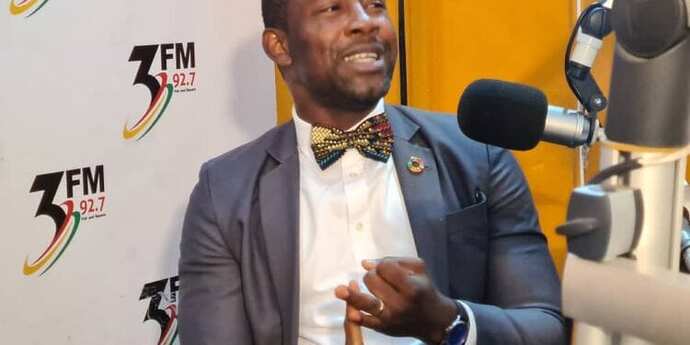 A former Deputy Minister of Health, Dr Bernard Okoe Boye, has taken a swipe at some arriving Ghanaian passengers who have strongly criticised the Covid-19 antigen tests conducted at the Kotoka International Airport (KIA).

He said this is the kind of protocol the country has adopted and every passenger, whether “Bill Gates or Okoe Boye”, must respect it.

This is in response to videos and audios of some passengers making rounds on social media to the effect that they have doubts about the results of the Covid-19 tests done on them at the country’s major entry point.

But in a video posted on Friday, July 30, Dr Okoe Boye stressed that what is being done at the Airport is the testing regime the country has adopted and every arriving passenger must abide by this just like it is done in other jurisdictions.

“As a country we know that it has served us well. The fact that you tested negative [after] PCR tests in 72 hours doesn’t mean that you cannot be positive or you cannot carry the virus.

“In fact, any laboratory technician will let you know that no test is absolute and we have had quite a number of people who tested positive at Kotoka International Airport and later fell ill despite carrying negative PCR tests.

“So, please, people should learn to respect us as a country. We are a sovereign country.”

Early on Friday, the Minority in Parliament asked the government not to intimidate those who have cast doubt on their tests.

Ranking Member of the Health Committee Kwabena Mintah Akandoh asked government, as a mater of urgency, to put measures in place within a week “so that travelers who are doubting their Covid status as a result of the testing they go through at the KIA will be afforded the opportunity to have a second or an independent opinion”.

But Dr Okoe Boye, a former Member of Parliament for Ledzokuku Constituency, said the complainants need to be enlightened on the testing regime.

“If you listen to some of these my sisters who recorded these videos, so much contempt for us, so much disrespect for the Ghanaian as if because some people live in foreign lands, they are better people than us; the exhibition of a false sense of superiority. I think we have to desist from some of these things.”