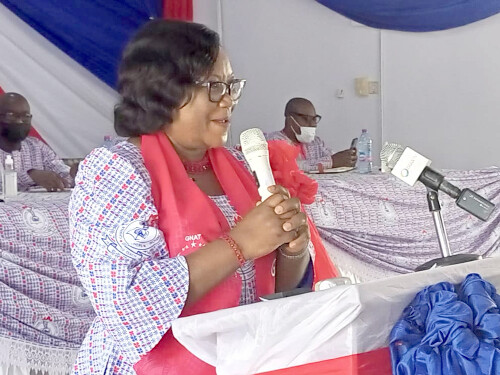 A Senior Lecturer at the Simon Diedong Dombo University for Business and Development Studies (SDD-UBIDS ), Dr. Damasus Tuurosong, has called on labor unions to remain united in spite of the monumental challenges facing them in order to remain relevant in society.

He said in so doing, governments would readily accede to their demands when negotiating for better conditions of service and salaries on behalf of their members.

He was giving the keynote address during the 6th Quadrennial regional delegates conference of the Ghana National Association of Teachers (GNAT ) at Wa in the Upper West Region on the theme “GNAT at 90: Surviving as a reliable and vibrant teacher union in the 21st century: Threat of national policies to trade unionism.”

Dr. Tuurosong said although every government relished a strong workers front, they used certain policies and strategies to infiltrate their ranks.

“Cracks within the ranks are possible but be very careful not to allow the cracks to widen to prevent the creation of more labor unions at the educational front. Some dissatisfied members will attribute the mistakes to you for failing to negotiate well on their behalf because they do not see any appreciable rise in their salaries,” he said.

Dr. Tuurosong, therefore, advised the leaders of worker’s unions to remain focused and to refrain from accepting gifts and some invitations from governments.

He said he was particularly unhappy with the fragmentation of GNAT since its inception, 90 years ago and urged the leadership to find ways and means of harmonizing their activities and build the confidence and assertiveness of members.

Dr. Tuurosong further advised GNAT executives to reach out to private school teachers who had the requisite qualifications so that their increased numbers would enable them to form a formidable association to have the necessary cohesive powers to influence governments.

He asked the executives of GNAT to continue to brand the association by involving the media in sensitization, advocacy, membership mobilization, networking, and policy development programmes to make their voices heard and also build confidence among the general public.

Opening the conference, the National President of GNAT, Ms. Phillipa Larsen, urged the leadership of the association to frequently visit their members to encourage them to remain active members of GNAT.

“As leaders, we need to intensify our visits to the schools to educate, inform and strengthen the members for effective participation in GNAT activities,” she said.

She urged them to come out with innovative programmes which would sustain the interest of their members in the association.

Welcoming the delegates and officials, the Regional Chairman, Mr. Ivon Kuule, announced that the association had renovated the regional GNAT Hall Complex and also built the capacity of some members in income-generating ventures.

Elections were held for the regional executive to steer the affairs of the region for the next four years.