Kwakye Ofosu cautions against commentary on bribery allegation against CJ 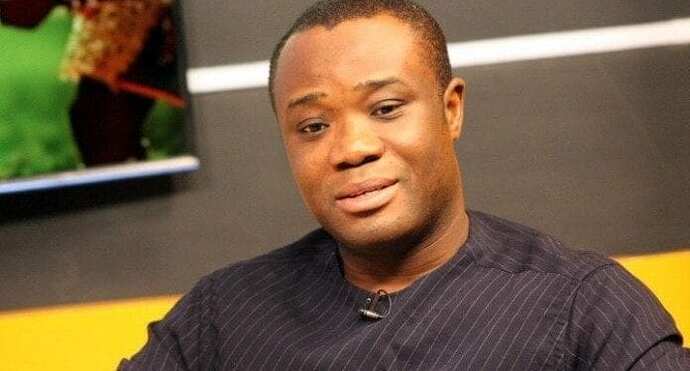 A former Deputy Minister of Information, Felix Kwakye Ofosu has cautioned the public against pronouncing on the merit and demerits of the bribery allegations made against the Chief Justice Kwasi Anin-Yeboah.

He told Dzifa Bampoh on the First Take on 3FM Wednesday July 14 that persons who have been accused of any wrong doing should be given the opportunity to state their side of the matter.

“To begin with, I concede that the general principle that everybody who is accused of some wrong doing must be given the benefit of the doubt and be allowed every opportunity to state his or her side of the case.

“It must applied to the Chief Justice as well. So, those of us running commentaries should be careful not to be seen to be pronouncing on the merit and demerit of the case because as we speak we do not have the basis to do so.”

Mr Kwakye Ofosu however believes that the Chief Justice must step aside for a thorough investigations to be conducted into the matter.

He said “the mere fact of this allegation creates enormous problems for them for the level of confidence and credibility that the judiciary has.

“Of all the arms of government if there is any of them that must command the utmost respect and confidence of the people of this country, then it is the judiciary. Because if a dispute were to arise between you and myself and negotiations between us fail we will resort to the law court. When we go to the law court, if the matter is determined either way you and I should be satisfied that even if I was unhappy about how the law has been applied, if we think that the fact of the case was not properly considered, it should not be because we feel that the judge who superintended the case was compromised in anyway.

“If that notion were ever to suspect about our courts, our judges and our judiciary then we will be in deep troubles because it will completely undermine our governance system .

“For that reason, an allegation of this sort must require the utmost and serious attention that you can give any case. It is for that reason that the NDC has waded into the matter not with the view to taking sides or pronouncing on the guilt or otherwise of anybody who has been accused.”

Meanwhile, the Chief Justice of Ghana, Anin-Yeboah has denied allegations that he demanded a bribe of Five Million United States Dollars ($5 million) from one Ogyeedom Obranu Kwesi Atta IV, a party to case before the Supreme court, for a favorable judgment.

A letter to the Criminal Investigations Department of the Ghana Police Service signed by the Judicial Secretary, Justice Cynthia Pamela Addo, said the Chief Justice is “saddened” that his name has been dragged “into this sordid and potentially criminal matter”.

According to Chief Justice he does not know the person in question and has neither demanded nor received any money.

“His Lordship confirms that he does not know the plaintiff and has not met or seen him anywhere, except in the court room when he rises to announce his name when his case is called. His Lordship asserts that he has had no personal interaction either with the plaintiff or his lawyer on this matter or in any other matter. His Lordship further asserts that he has not demanded or received any money from any person to influence any decision in this matter or any other matter.”

He thus wants the CID to investigate the matter.

“To ensure that this matter is fully investigated, His Lordship has directed that a formal complaint be made to the Criminal Investigations Department of the Ghana Police Service for investigations and any necessary action. He has further directed that a Petition be lodged with the Disciplinary Committee of the General Legal Council in respect of this specific matter.”

Oh we will comment and when anything happens we shall bribe anyone that comes our way, believable or not this bribery this amongst judges no be now kraa if he’s been wrongly accused kraa I believe the s3 he has taken some before.