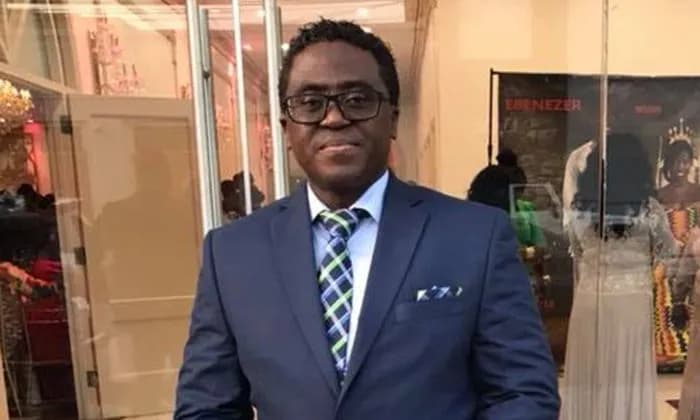 Veteran Ghanaian actor Abeiku Nyame, popularly known as Jagger Pee spent 32 months in prison after he was convicted for abatement of a crime after Gemann killed a taxi driver in 1995.

Gemann was also convicted of a first-degree felony and sentenced to death by hanging on May 15, 1996.

However, Gemann was freed after serving 14 years in prison. He got a presidential pardon from President Kuffour in 2009.

Jagger Pee has finally narrated in an interview how the incident occurred.

In an interview on Hot FM, he revealed Gemann intentionally locked up in the house a day before he killed the taxi driver.

“Gemann came to my house on Saturday to pick me up so that we can go and shoot our movie…but I told him that because my clothes were dirty, I would like to wash them so that I meet him later but Gemann * realized that I had lost interest in going to shoot the movie so he declined – with the reason that I may not honor my promise …He was able to persuade me to his house at Dome, then we spent the night together.*

“But astonishingly, when I got up around 7:00 am on Sunday, Gemann had already left…he locked me up in the room and left a note that he had gone to the Kaneshie sports complex to play football and that he intentionally locked me up and left with the keys because he knew I will leave if I get the chance and wouldn’t come back,” Jagger Pee narrated to the host of the show, Nana Ampofo.

He continued: “After being in the house the whole day alone, Gemann came around 12:00 am (Monday Morning). He then apologized to me…So around 11:00 am Monday morning, I had finished drinking my tea, we then packed our equipment for the shoot in his car boot about to go to the location then he had a male visitor called Charles; that was the first time in the day the incident happened and that was also the last time I saw him (Charles).

“Another friend, a girl also came with a taxi …she said her money was with Gemann about GHC700 then; she wanted to hastily collect the money from Gemann and return with the same taxi …then there was an argument.”

According to the report, Gemann refused to pay the actual amount he owned the taxi driver and that ended in a misunderstanding. He rushed into his room, brought out a pistol, and shoot the taxi driver.

Sometimes I think we act too fast . They might not give him a listening ear to explain things to them