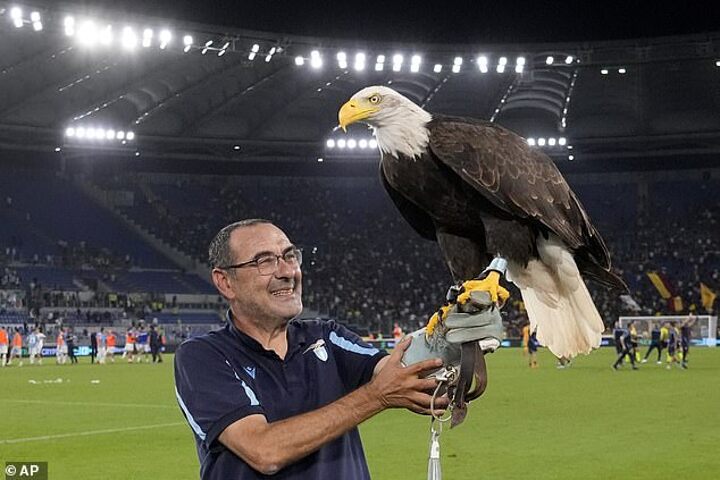 Lazio triumphed 3-2 in a ‘festival of goals’ in the Derby dello Capitale at the Stadio Olimpico, in part thanks to goals from former Premier League stars Pedro and Felipe Anderson.

Roma, meanwhile, were criticised for their ‘surrender’ as boss Jose Mourinho complained about VAR and referees following their defeat. 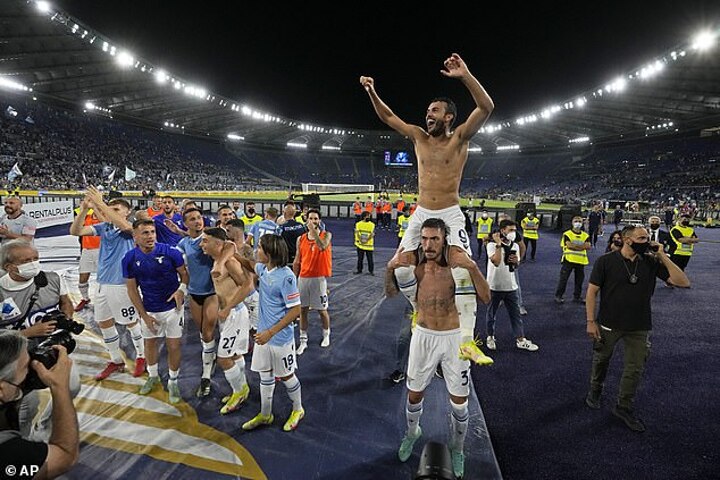 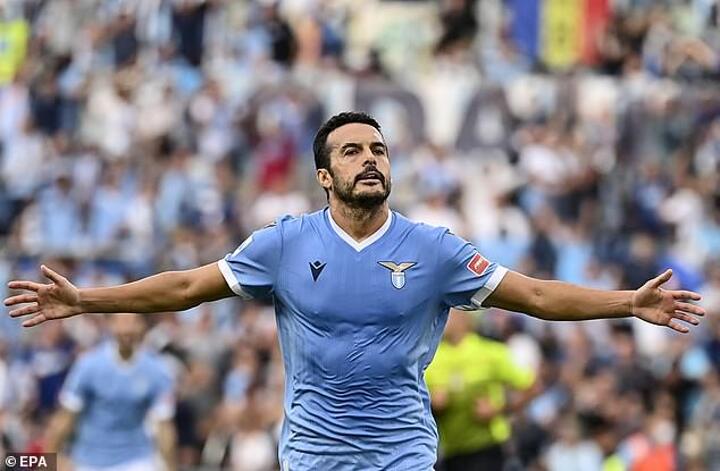 Lazio’s Sergej Milinkovic-Savic scored a brave header from Anderson’s floated cross, before the most controversial moment of the match.

Roma’s Nicola Zaniolo was nudged in the back by defender Elseid Hysaj, and as they appealed Sarri’s side broke up the other end and scored through winger Pedro, 34, who moved between the rivals this summer after Mourinho froze him out.

Ibanez pulled one back with a header from a corner but Ciro Immobile unselfishly squared for former West Ham midfielder Anderson, who finished calmly, with Jordan Veretout’s penalty making the last 20 minutes interesting. 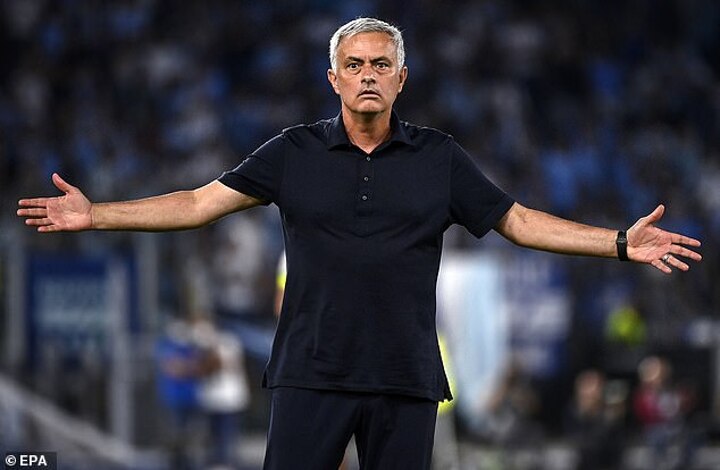 Both the fouls on Zaniolo before the Pedro goal and for the Veretout penalty, appeared to have minimal contact, but Mourinho insisted the officials were ‘decisive’ and ‘not up to the task’.

Corriere dello Sport referenced the ‘excitement and controversy’, and quoted Sarri as saying: ‘So satisfying, we hope that we’ve found the right path’.

Tuttosport hailed the spectacle as a ‘festival of goals’, while Gazzetta dello Sport praised the former Chelsea and Juventus boss as ‘special’ and ‘eagle-eyed’. 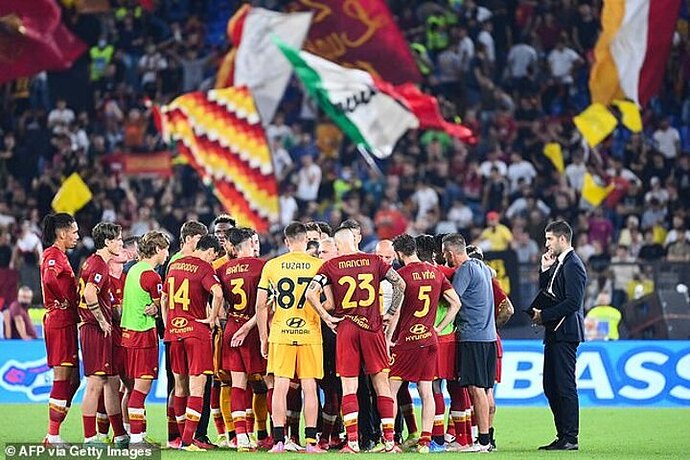 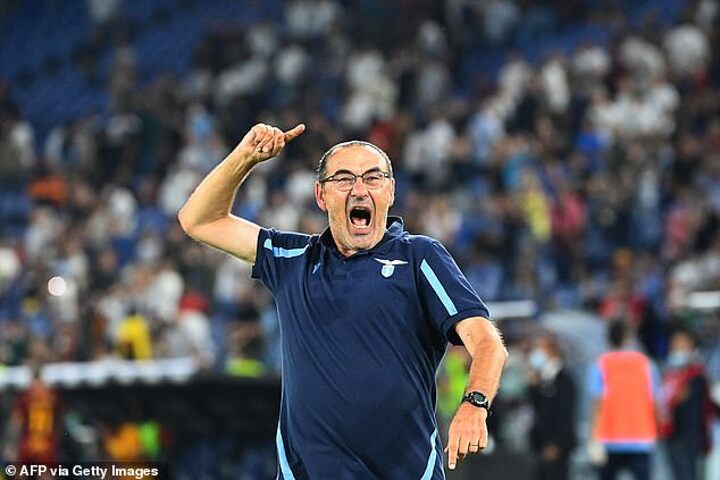 Lazio are nicknamed ‘the Eagles’ and brought out a large bird to join their celebrations.

Gazzetta also described Roma’s ‘surrender’ against their fierce local rivals and their ‘fury’ at the decisions during the match.

The result leaves Roma in fourth with four wins and two losses from their opening six Serie A matches, with Lazio sixth, just one point behind. Up next in the league, Roma host Empoli and Lazio travel to Bologna, both on Sunday.

Mourinho is the most booked coach in history