Is this REALLY Yaa Asantewaa? [PHOTO]

I’ve been staring at this picture for some minutes now, it’s set as my profile picture, I found it on Google but I’m wondering, is it really our Yaa Asantewaa?? If you Google “Yaa Asantewaa” this is the picture you get, how do I know I’m not being manipulated, how did Yaa Asantewaa really look like? Imagine how stupid you’d feel growing up with an image of someone you believed you know only to realise the picture you were presented of that person was a fake. 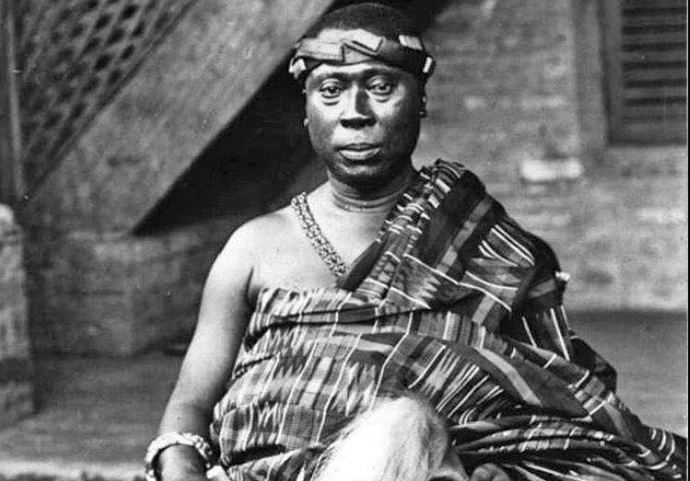 That time who had camera to take your capture someone? When was camera invented? If it’s before her time then it might be possible tho!! My opinion

I think the camera came about 100 years before Yaa Asantewaa was born, so it was possible to take photos in her days.

Man gotta dig deep to find out the truth tho

Isn’t that a picture of a man?

Ok… I don’t know about all that, all I know is the picture looks like a man

ayoo her ghost will come and meet u!! Anyway no wonder she was fighting alongside the men

Lol, what part of this woman looks like a man…? Looks like a woman to me. A man with 0 muscles?

This is a man. This is Asantehene Nana Agyeman Prempeh the first.

I know this because i have a book that he written with the help of his son.

There are not many pictures of Yaa Asantewaa but here’s one from the book from his Majesty Prempeh.

As you can see, Prempeh is in the middle (had too get a clean picture from google. Can’t see his face much because of the watermark) But, Yaa Asantewaa is the one sitting on the far left with the white head cap and clothing. 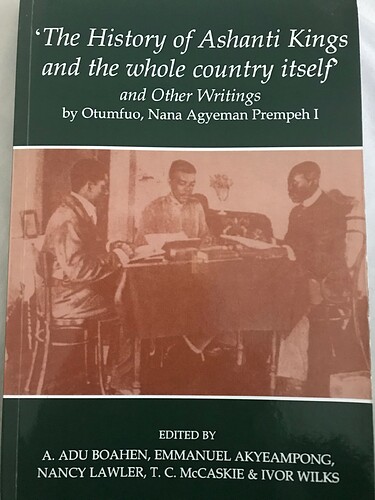 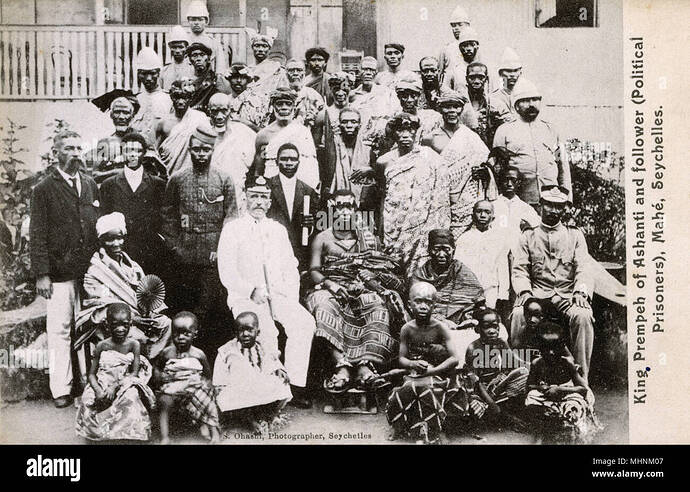 Here’s a picture from the book with a description of names from left to right: 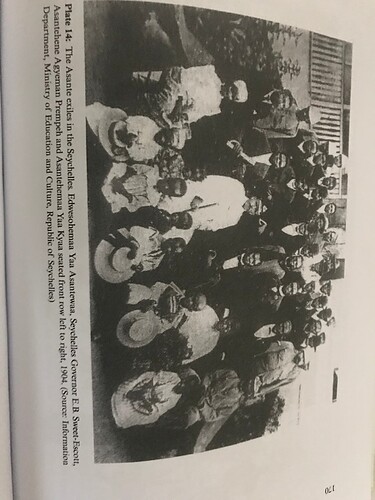 It’s a different picture but you can see it’s the same people. (Prempeh this time wearing a suit) @siaw

P.S the lady next to Prempeh is his mother, Yaa Kyiaa

There you go @siaw

… I couldn’t back my observation or claim with research and facts but thanks @Kwabena for making it easy… that is a man … the person in the picture has no feminine features.

He has dbee body… it’s quite natural lately!

that is a man

I won’t doubt you again!

@Kwabena thanks a lot for your input and the resources!! I felt something was wrong but didn’t know enough to be sure. I’ll still keep his picture though (he’s still a Ghanaian) but I’m happy I finally know who’s picture Google shows as “Yaa Asantewaa”. Thanks a lot Kwabena

I’ll still keep his picture though

Yeah you should. He was a great and wise King, in my opinion. Even though he received some criticism