Instability is rising in West Africa, leaders must sit up – D.K. Osei 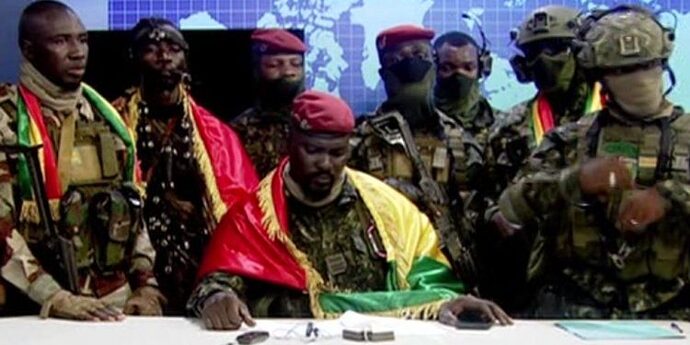 Retired diplomat, D.K. Osei, believes Ghanaians should be concerned about the latest instance of political instability in West Africa following the Guinea coup.

Political crisis and the threats of extremist elements in most West African countries have led him to conclude that the indicators of instability in the sub-region “are very highly pronounced.”

Aside from the Guinea coup, there have been two coups in Mali, and one attempt in Niger.

“For anybody in the sub-region to think that this sub-region is very stable, we are in serious disillusionment,” Mr. Osei said on The Point of View on Citi TV on Monday.

Moving forward, he urged ECOWAS and the African Union to focus on measures that prevent the instability.

“We know where the fault lines are and we know what can be done to prevent instability from occurring in a number of these countries. This is the time for the leaders of the subregion and this continent to take initiatives of a preventive nature to improve the political situation in the subregion,” he said.

The most recent instance of instability was the focus of the discussion on Monday’s Point of View.

Guinea President Alpha Condé was ousted by the military on Sunday.

Mr. Condé had overseen a constitutional change that allowed him to successfully run for a controversial third term in 2019.

Also speaking on the show, Dr. Abdul-Jalilu Ateka, a political science lecturer, cited failings from regional bodies with respect to Heads-of-States with dictatorial tendencies as contributing to the instability.

He criticised the regional bodies for not doing anything beyond condemning such occurrences.

“The other aspect has to do with the failure or the inability of the African Union… to hold governments accountable as far as the term limits are concerned.”

“From the African Charter on Democracy, it states clearly that you cannot amend the constitution so what has the African Union and ECOWAS member states done? That is why I say it is their failure,” Dr. Ateka added.

The coup in Guinea was the fourth attempted coup in West Africa in the last year with two military takeovers in Mali and a failed coup in Niger.

The African Union and ECOWAS have condemned the coup and called for a return to civilian rule as they do always when such events happen.

Hmmm something is coming to Africa oo. From the look of things, this coup will be something rampant in African countries

N I will be very very much happy if these stupid old fools gets all of their asses packed n kicked to their stupid houses n live power for de youth to make things happen.

Pls ooo which of the youths

. Go and see the project SRCs of various tertiary schools are doing and the huge amount they are mentioning.

African Union is just there for fashion. There’s no real unity and solidarity within this body. It must be reformed quickly. Because right now, it’s just there for the sake of it. It doesn’t protect anyone or anything.