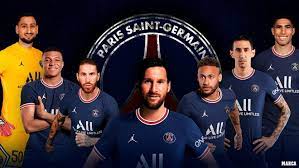 Paris Saint German F.C has an impending crisis and its not even Mbappe possibly leaving for free next season. As a team, no matter how good or valuable your players are, it is important to exhibit teamwork and this can only be possible by playing together. For just these first games the team has been in, they have constantly excluded their stars in order to “preserve” them for good matches or opponents.

I dont know if you see this as well, but it seems like they are traveling towards a road of disappointment and defeat. Because sometimes it doesnt even take the qualities of the players in a team to win the most important games … It sometimes takes team effort.
I think what will be good for PSG is to start these star players, so that they can all adapt to the team’s play and come out with very good results like we are all expecting.

Think about it, about half of this team’s players have just been purchased from other places. Though they might have very good qualities, they need time (meaning to even play against small teams) before they can hope to play well against big teams.

What do you make of this?