"I will shock this country soon" — Joshua Akamba hints 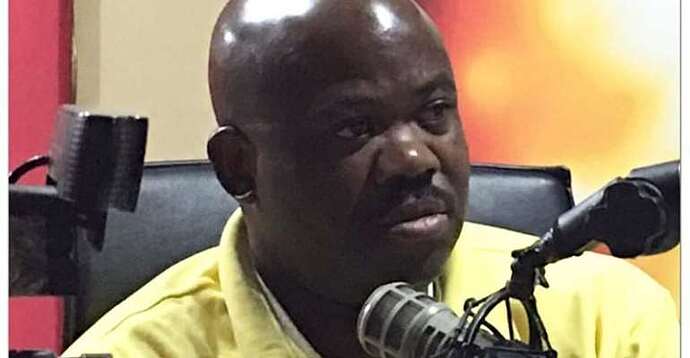 The National Organizer of the opposition National Democratic Congress(NDC), Joshua Akamba says he will soon shock the country.

It would be recalled that the National Organizer of the ruling New Patriotic Party (NPP), Sammi Awuku in a recent interview alleged that Joshua Akamba has never been a Captain of the Ghana Armed Forces before.

According to the National Organizer of the opposition NDC, " Where we not here when Justice Kpegah of the Supreme Court challenged Akufo-Addo who is a lawyer and now the President of this country to produce his certificate as a lawyer? Has the president opened his mouth to utter a word on that? No".

“So since the President has not uttered a word on that, let’s leave that controversy for now. I will later find an appropriate time to answer that,” he told Nana Owusu.

On the question of whether people can call him by the name Captain?, the outspoken NDC National organizer answered by indicating, “You can call me Captain; you can call me comrade, you can call me Amidu…the only name I don’t like apart from my name is to call me honourable”.

Both Ndc and npp communication teams, administrative departments are all lost.
They won’t ever stop useless attacKS on each other; hurling insults and unfounded allegations about topics they can’t defend and the propaganda continues.

Akamba must focus on his job in the party than paying attention to detractors. Ghana deserves a better Ndc alternative

The system in Ghana indeed needs a system overhaul. Our media houses must stop dealing with what “sells” rather than what will bring developments into the country. When you turn your TV and radio on anytime in the day, all we hear is “NDC, NPP.” Can we not make bring technocrats and experts from different fields on board so they give us insight to what we can do in order for the country to grow?

I bet we can. Africa will be a lot better if we eschew or minimize the politics a little bit. We are getting worse day by day and the future does not look promising.