I was not kidnapped, I went into hiding – Tarkwa Gyaasehene tells police 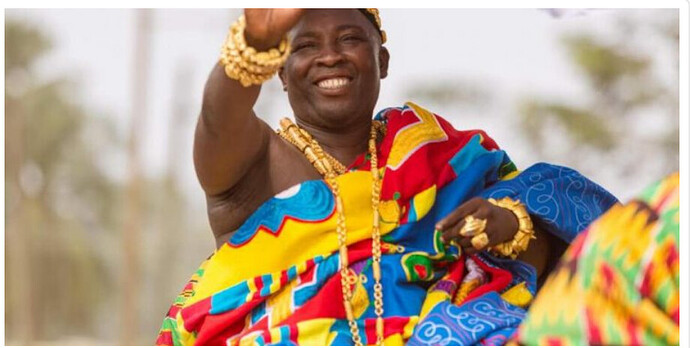 The Gyaasehene of the Apinto Divisional Council, Dr Nana Adarkwa Bediako III, has denied being kidnapped as widely reported on Thursday.

On Friday, the Western Regional Police PRO, DSP Olivia Ewurabena Adiku, told the media the chief told them he went into hiding but was not kidnapped.

According to her, the chief denied the kidnapping allegation when he reported to the Tarkwa Police Command to give a vivid account of his disappearance from Wednesday to Thursday evening.

“Nana said he wasn’t kidnapped and honestly, doesn’t know who sent out the message of his kidnap,” she said.

Dr Nana Adarkwa Bediako III, the Gyaasehene of Tarkwa, went missing on July 14, after a suspect who threatened him was granted bail the day before.

Police and National Security officers launched a nationwide search for him. But on Thursday night, his family said the chief had been located.

DSP Adiku also stated Dr Nana Adarkwa Bediako III told them he went to the bank to cash out some money to purchase some instruments for the Church of Pentecost on the day of his disappearance at Tarkwa.

He said from the bank; there was an instrument shop close by, so he decided to walk to the nearby shop.

DSP Ewurabena Adiku said while the Tarkwa Gyaasehene was going there, a gentleman accosted and told him some people are planning to kill him.

She said he immediately took the next available taxi and went into hiding, but he couldn’t communicate with anyone because he has left his phones in his car.

“He did not disclose where he went but was emphatic he was not kidnapped,” the police PRO said.

The police say they have launched an investigation into the issue