I was jobless for 8 years & cried daily; now I supervise 500 workers - GH man 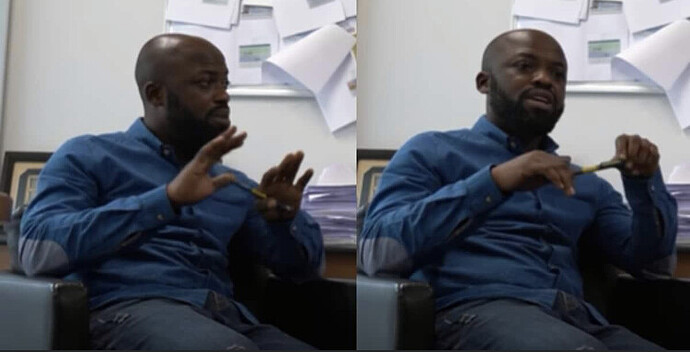 Kojo Antwi Boasiako, a Ghanaian living in France, has opened up about his success story since his move from Ghana to France

A Ghanaian man, Kojo Antwi Boasiako, has granted an interview with Zion Felix TV where he opened up about his journey towards becoming a personnel manager of a company in France with over 500 employees.

In the interview, Kojo recounted that he left Ghana in 2003 at the age of 21 after his uncle invited him for a stay in France.

Prior to that, he used to work at Fox FM in Kumasi as a show host. Things took a different turn upon arrival in France as life became very difficult, Daniel revealed.

“For eight good years, I cried daily especially when I thought of all the things I could have achieved if I had stayed in Ghana”, Antwi Boasiako said.
He had no job because he lacked the right documentation to work and live abroad.

Kojo continued that at a point, he wanted to return to Ghana, and he had a discussion with his uncle but that did not pan out well.

The reason being that he was chosen out of other families to travel abroad and he returning back to Ghana meant that, he was an ingrate.

He eventually met his wife and acquired the necessary documentation to work in France.

Kojo worked as a cleaner in his current company until through hard work and dedication, he was promoted to a personnel manager position.

He has been in his current job position for five years but has worked with the company for 15 years.

God’s time is the best. Your success can be delayed but can’t be denied. All we need in hope , hardwork and prayers and things will fall into place at the right time. One lesson I learned from this story is not to give up. It’s okay to go through turmoil but we must rise above it