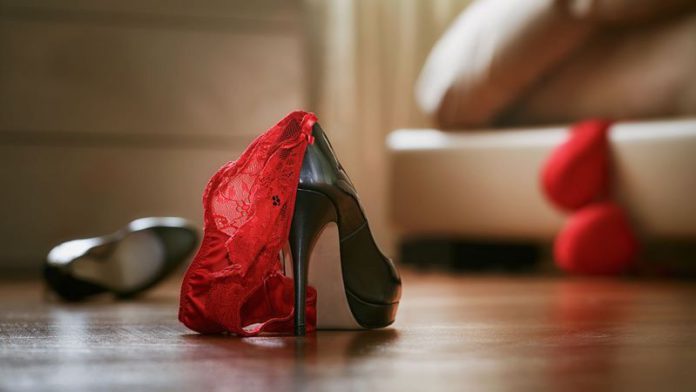 A young woman, who wanted to earn some quick cash by working as a nude cleaner, was shocked when she was greeted by her client and it turned out to be her university lecturer – and now the incident is affecting her education.

When she arrived at work that day, she was surprised to see her university lecturer – and she said that the best thing was for both parties to forget it had ever happened.

The lecturer agreed but ever since has been extremely sheepish around the woman, and now she says he has to forget about it as it is affecting her education.

Taking to Reddit, she said: “I had to go to school a few days ago along with some classmates and we ran into him. He was awkward, uncomfortable, wouldn’t look me in the eye, and refused to even directly address me.

“We ran into him again later that day and it was the same, if not worse that time. We also had some classes at the end of last academic year, after the mix-up where I ended up at his place, and I was similarly ignored, though I attributed this at the time to the online format of the classes.

“This would just be one of those things, except I have classes with him all next year, as well as private meetings with him to discuss my studies.

“These have to be done with him, are compulsory, and can affect my grade. While I know that I can act professionally, I am concerned that he cannot, as it has been several months and he is still not past it.

“I am putting a lot of time and money into this, and if this is indicative of how he will act for the remainder of it, I feel I will not get what I paid for and that my grade will suffer.”

After sharing her story online, other Reddit users were quick to offer advice.

One said: “I hope he doesn’t think less of you, he might just be very embarrassed.”

“I definitely would not bring this up to anyone unless you absolutely have to or if he’s done something you think is wrong,” added a second.

“It sounds like you know he did nothing wrong. He’s obviously very scared you will say something and that he could lose his job. I would definitely try to talk to him first if you’re comfortable with that just to reassure him that he’s okay.”

And a third wrote: “God, that sounds horrible. I’m sorry that happened. Is it possible to try to corner him during office hours and apologise and explain the mistake again?

“Trying to smooth things over is really all I could think would help, especially since you have to maintain a relationship with this guy.”