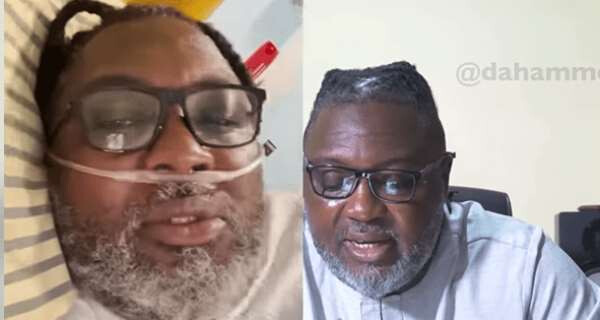 Renowned record producer and label owner Hammer has after a long, painful battle with the deadly coronavirus has detailed his experience.

The CEO of the Last Two Music Group who is set to embark on a campaign to raise awareness and educate the Ghanaians narrated that he suffered the complications thinking it was malaria and Typhoid he was diagnosed with.

He stated that a nurse had identified that malaria and typhoid in his blood were not enough to cause the complications he was going through at the time.

He said he ignored it until three days later when he could hardly breathe and was rushed to the hospital where he was put on immediately on Covid-19 treatment.

“Hello everybody, it’s been a while, and I have so much to say. I don’t even know where to start. I have been away for a month. And I have been in the battle of my life. I have faced an adversary that I have never faced as long as I have lived. I have been to hell and back, basically.

"I wanted to share this because it is important that people know what lurks around our neighborhoods, around our offices, around our daily endeavors basically. So a month ago, I had malaria. And you know Ghana and our self-treatment, I go get Coartem,” he narrated.

He continued, “It was 1 am, and I was suffering. The bell that calls the Nurses wasn’t working. So I really thought that I was going to go. My breathing became a problem. I was suffering. I had a panic attack. It was 1 am I was calling the nurse. I think I actually shed a tear because I was scared. Thanks a lot for sharing Sir and for allowing us to see your vulnerable side. Until one experiences it, one will never know, and sadly the ignorance will continue to linger like the virus. Just imagine how much we take spontaneous breathing for granted. Scientists raced against time to develop vaccines and yet you will have anti-vaxxers and conspiracy theorists selling short the idea with such fallacies as the vaxx were developed too fast, it’s all part of a plan to depopulate, etc. The same cock and bull stories were coined up for previous vaccines e.g. Polio yet these have saved millions of lives. I’m glad you’re alright and thankful for your life. Maybe this happened so you will be a messenger of Light considering your influence and hold in Ghana.

God bless you and thanks for sharing with us . May you live longer ! You are blessed DADDY .

Covid 19 is real but we taking everything for granted until it hits us hard. People don’t want to go for the vaccines and others are also not caring about the safety protocols. The death rate is now 1000 plus

God be with us all. I hope we all learn from this