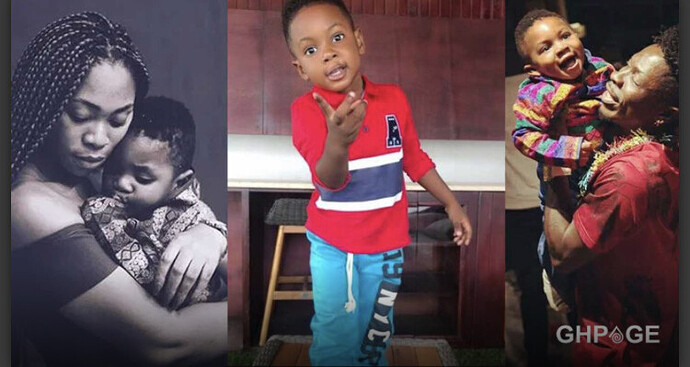 Diamond Michelle Gbagonah, popularly known as Shatta Michy, has disclosed she’s ready to have her second child with another man.

The ex-girlfriend of dancehall artist Shatta Wale who doubles as his baby mama with a six-year-old son, Majesty, made this known on photo-centric social media platform Snapchat.

According to Shatta Michy, she already has a vision of how her second child will look like but the only thing left is the man to fertilise her riped ovaries and make her dreams a reality.

However, one of her conditions is that she isn’t ready for any baby daddy drama like what played out in her former relationship with Shatta Wale, hence, needs only sperms from a donor.

Shatta Michy went on to outline her specifications which include a donor who is tall to give a giant baby, one with a high IQ score, hazel brown eyes, and with a blood group of O+ among others.

She announced that any man who is interested in making an offer should make himself available.

Go ahead… And link up what are u waiting for?

She’s basically saying s3 Shatta was a donor as well… But we move, If she wants a donor, there are suitable donors … We wish her all the best yeah

Ooh I’m here , I’ll donate but her conditions are not good for me. How much is she willing to pay? Will she agree that I come to visit my child from time to time?

Michy will just sleep and wake up to post nonsense to trend k3k3. Now she’s trending number 8 on omanba.