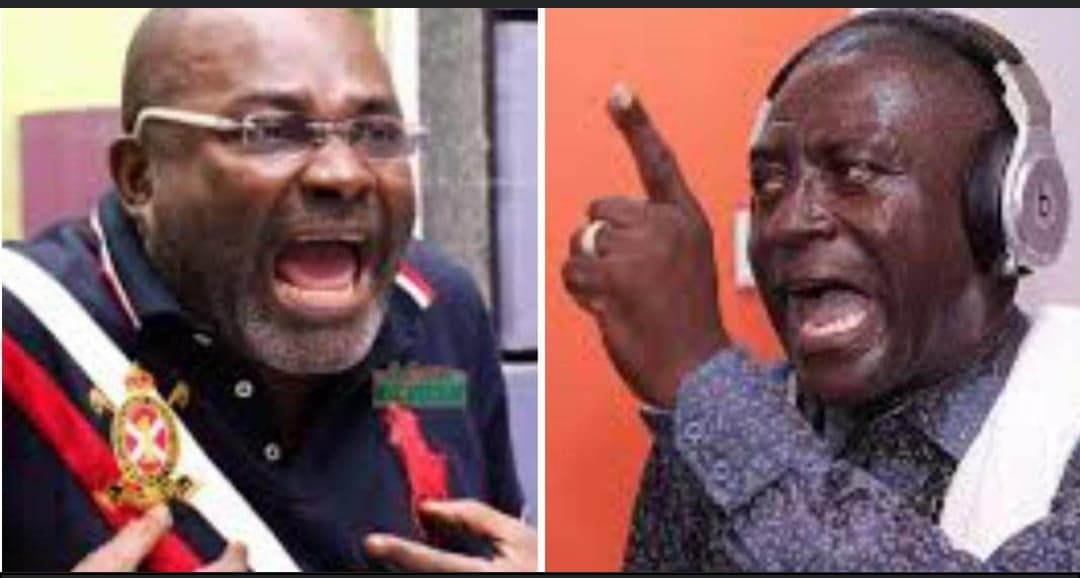 Captain Smart says he is not afraid of Kennedy Agyapong and has told him to refine his attitude as a Member of Parliament.

Captain Smart has called the bluff of Assin Central MP, Kennedy Agyapong for his pronouncements. He says unlike other media houses and journalists, he is not afraid of the legislator’s brags.

Following the Member of Parliament’s (MP’s) call to get a journalist assaulted for testifying before the Commission of Inquiry probing the Ejura killing incidents, Mr. Smart says it was time Ken Agyapong lived to the Honourable title attached to his office as a member of the legislative arm of government.

“It’s like every media house in Ghana is afraid of Ken Agyapong, but me, I’m not afraid of you”

On the Smart Show streamed live on YouTube Monday, July 18, 2021, Mr. Smart said there hasn’t been any iota of wisdom in most of the MP’s comments, one of the reasons he has not been responding to him.

“You’ve said so many things but because there is no sense in any of them, that’s why I don’t respond”

He added that Ken Agyapong’s benevolence exhibited towards the needy whenever he came to Multimedia won his heart, even though he later preached every good deed offered people to the public.

Like the MP saying “if he were the president” during his threats to Mr. Asare Donkor, Captain Smart said he would have lashed Ken Agyapong and got him impeached as an MP if he had his way.

He, however, advised him to stay off the media for one month and reflect over his actions and come back as an honourable man.

His Committee, the Defence and Interior, Smart noted is the heart of Ghana and the reason he should be weary of his actions rather than always “disgracing the president.”

What’s all these brouhaha about , why ain’t these elderly people behaving like they are matured, all these tough acting are teenage syndrome na you old people too why.

The two Lions have met. Ken, is the kind of man who people fear in this country. He always dares !!!
He claims to have informatios about people and most happenings the country. This has created some fear in most big men the country. Now he has met his mate…

More fire, Captain should stand firm and be steadfast in his work. Politicians don’t like to be told the truth. Kennedy Agyapong is a hypocrit, thinking he can bamboozle every journalist into submission.

Everyone has his master. Ken just met his. It will be my utmost pleasure if someone can humble this man for me. If this is how riches and power can make me become, then I don’t want. What example is he setting for his people to emulate? Aggressiveness?