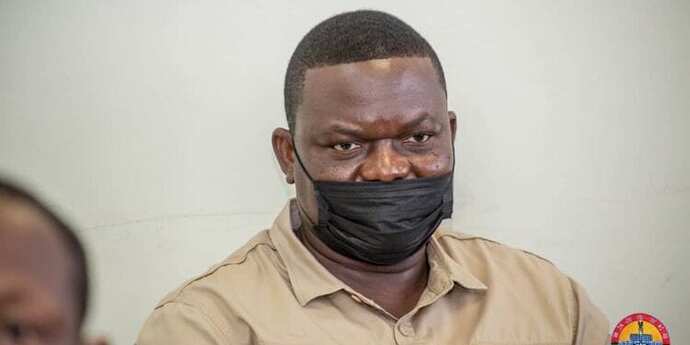 Presidential aspirant of the Ghana Journalists Association(GJA) Gayheart Mensah, has outlined his goal and vision for the professional association, saying he is committed to building the capacity of journalists in the country to make it attractive and respected.

He said he is coming with a suite of benefits that will serve as an attraction into the professional body, these he pointed out as empowering journalists, making sure that the bearer of a GJA card is respected and accorded the necessary support he/she requires to do his/her work.

Mr Mensah said, as the would-be president of the journalists association in the country, capacity building is prime on his agenda by gearing the minds of journalists towards the advancement in technology and its floodgate of social media that has been opened to the profession with its immeasurable impact.

He asked what journalists are doing to be able to keep up with these changes and its emerging trends in the country?

Rather than doing nothing to protect journalists and issuing press statements because a journalist has been assaulted, threatened, attacked and even killed for the salient job that they do in the furtherance of democracy in the country.

The GJA Presidential hopeful said this in an interview with Johnnie Hughes on the New Day show on TV3, Thursday, July 29.

Mr Mensah was speaking on the back of his bid to contest for the President of the Ghana Journalist Association and his vision and plans for the union when he secures the mandate.

“One of the things that I commit myself to do is to assist in building a suite of benefits that will serve as an attraction. Capacity building, empowerment, ensuring that the holder of the GJA membership card is respected and accorded all the necessary support he requires to do his work. What I intend doing is to build the capacity of my members”, he disclosed.

On the subject of the security of journalists and the recent revelation by the Attorney General to parliament that he is yet to receive the docket on Ahmed Suale’s murder two years ago, he said “I think that as a professional body we haven’t put the required pressure on the institutions that matters to speed up the process. We all do admit that unraveling such murder cases is not that easy but I don’t think there has been any show of urgency in the efforts at trying to apprehend those who engaged this kind of atrocity”.

He pointed out that in order to improve the salary regime of journalists in the country, he will engage in consultations with media owners to know and understand the challenges in the way of enhancing the salaries and livelihoods of journalists in Ghana.

Anytime an aspirant is yearning for a position, they come out with a whole lot of policies to win the hearts

of the populace. After they get elected, they forget about their campaign messages they gave to the people.
Once a while we need to fulfill our promises as politicians. The people after giving u the power through their tumps, will keep fingers crossed

and be watching. Just do as you have said…

They make it seem as if it’s already done or it will be easy when they are elected but when they get there then the excuses begin, what he’s talking about is very soothing to the ear of a journalist.But the real question is can he , will he?

We have seen and heard it over and over from them. Starting from the front line leaders, who came to talk about things they themselves knew was unachievable. Later on came out with flimsy excuses for their inability of not being able to do what they said.
If u have to trust a politician for his words, please rather do so with the drunkard.

Gayheart Mensah has excellent ideas on paper for the journalists and members of the the association (GJA) I personally wish he wins.

The current president of the GJA Affeil has Monney did little for journalists in Ghana. He only speaks once a while in the media and goes to sleep. Journalists are being threatened, killed and beaten but no action has been taken yet.

He has stipulated firm points as campaign messages. But it has always been said that, action speaks louder than words.
Am not saying he can’t deliver, but we have seen same cases over and over again.

It is nothing but a campaign. We’ve heard it before and we are still hearing it. Ask Nana Addo and he will show you how to go about lying to electorates.

The Ghana Journalists Association (GJA) needs some structural reforms. Most GJA aspiring members have good ideas but unable to execute their plans when they elections because of political interference. The Association itself lacks resources to help it’s members (journalists) in time of trouble or need. I hope the plans of Mr.Gayheart is fulfilled when he wins.