‘I have not been arrested by Interpol’ – Ghanaian PhD student reacts 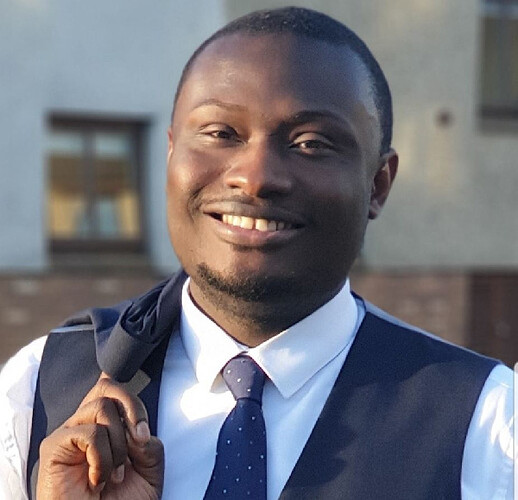 Nelson Maxwell Acquah, a Ghanaian PhD student, has denied allegations that he has been arrested by Interpol at the Kotoka International Airport in Accra.

“In fact, I was supposed to travel on Saturday, July 17, but when I got to the airport, I was told that the country that I was travelling to will not accept flights from the country that I will be transiting to. I was going to the US but I was transiting through the UK but they said the US does not allow flights from UK unless you an American citizen or your children, wife or husband is a citizen of America, that is when you can travel through the UK and other EU countries…,” Nelson Maxwell Acquah explained exclusively to GhanaWeb’s Ekow Arthur-Aidoo.

He added that when he resolved all the issues surrounding his flight, he decided to travel out of the country on Tuesday, July 20, but when he got to the Kotoka International Airport, his wife, who is an Immigration Officer, told him that his flight was part of those whose names are on the “stop list” – anybody whose name is on the stop list is prevented from traveling out of the country.

Acquah further explained that when the immigration officials reached out to the aforementioned police officer and asked if the issue he, the police officer, had about Acquah] had been resolved, he [police officer] responded in the affirmative.

Acquah indicated that when the officer was asked why he had not applied for his name to be removed from the stop list, he could not offer any better explanation to the immigration officials.

Instead, the police officer promised he would be bringing a letter on Wednesday, July 20, so that Nelson Maxwell Acquah’s name would be removed from the list.

Acquah stated that, on Wednesday when they got back to the immiigration headquarters, the police officer was lackadaisical in bringing the letter; he kept giving the immigration official excuses until the head of the immigration office gave him an ultimatum to produce the letter or else face the consequences.

Acquah further denied ever being arrested during his wedding.

“I was never arrested, not to even talk of Interpol. I was not sacked from school. I withdrew from the school voluntarily because I lost my scholarship; I could not pay fourteen thousand pounds a year plus living expenses,” he stressed.

What has become of gGhanaians and unnecessary rumors, they say things they do not have the slightest idea of . Who came up with the story that he has been arrested by interpol , for criminal conspiracy or offense. Let the guy be

Ghanaian bloggers have done it again. They write about things they have little information about. Is it because they don’t get sued for defamation? What kind of unnecessary publicity is this? They will one day meet their meter.

Ghanaians do not like to research they are always looking for juicy headlines, who actually saw him getting arrested to as to posting a story about it.