I have been divorced for 8 years before I met little; Supposed married woman speaks for the first time after gym instructor is killed 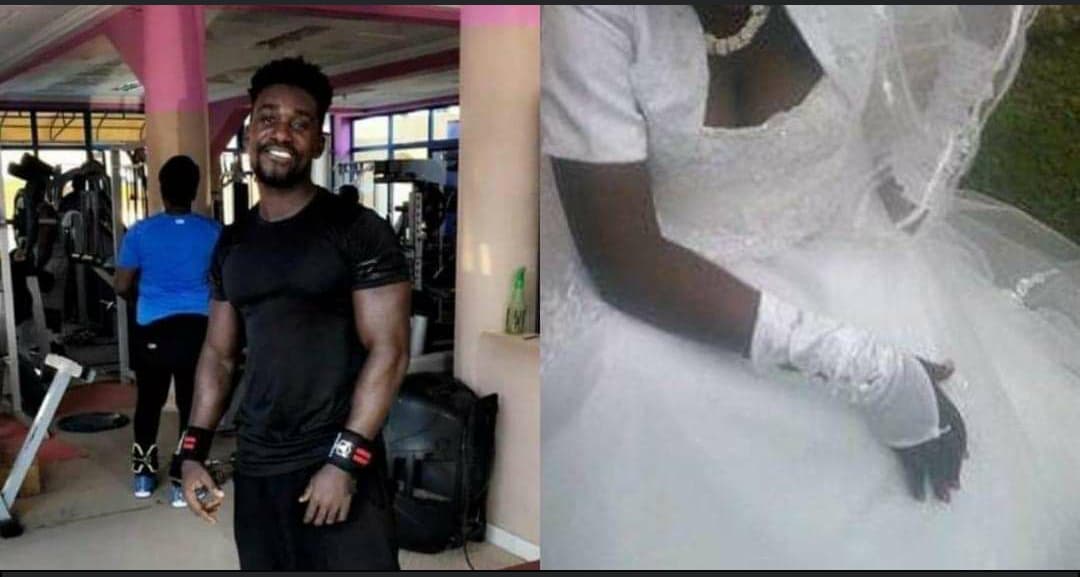 She posited “I saw someone peeping through the window and shouted who is that. The person was walking towards the gate and because my car was parked at the gate I decided to go out and check.

My thought was the bad boys in the house trying to see what was going on in the room. Little asked me where are you going and he put something on and grabbed the kitchen knife.”

“He walked towards the door and I heard a sound of a key cracked. I heard who is that and he was trying to push the door and they also pushed it from outside.

All I heard was the sound of the gun afterwards he shouted they have shot me, his hand was placed on his chest and he was lying in a pool of blood.

I quickly rushed to where he was and they forced their way into the room with ine pointing a gun at him and the other at me.”

“The robbers asked where are your phones and I quickly grabbed it for them and they asked for money in addition.

All the money was hundred cedis and I handed it over to them. I grabbed the bedsheet to press on his wound to stop the bleeding amidst shouting for help.

In conclusion, the madam answered the question of how long she has known little and she being a married woman. Her response was “I have known him for 4 years and I have been divorced for 8 years now.

Little is young and more matured. He comes to the gym and sees me sad when training. He gave me all the comfort and now he is no more.”

Some men are very jealous you know, if what this woman is saying is the truth then her ex husband must be arrested immediately.
I recently found out that the gym is even closer to my work place an a lot of people know him around the area… According to my colleagues he was first stabbed and was hospitalised for two weeks before the shooting

There’s nothing in this story that points to the ex husband, this was a clear robbery case. And that’s what the story is trying to say now . I have read numerous stories about this case and none of them makes sense

The ex-husband can’t be blamed for this. Have you really read the testimony from the woman? It can be anything but pointing fingers at the ex-husband might just get the woman into trouble until there is enough evidence that he is behind it. However, we should forget the fact that this is what most gym instructors does, sleeping with people’s wives.