The singer has also promised to get rid of this 2019 3Music Awards Plaques.

The Chief Executive Officer of 3Music Awards Abdulai Abu Sadiq, in a radio interview dared Shatta wale to return the Awards following his claim that Sadiq rigged the awards in his Favour.

In fact,if wale feels that in 2019 he didn’t deserve 3Music awards, I think that he can return it. I am sure the board may formally consider it. He can return it and probably carry the tears that he shed on the stage. I didn’t shed that tear. I wasn’t that one that gave the speeches," said Baba Sadiq in an interview on HitzFm.

But responding to his call, Shatta wale, who has alleged that the CEO of 3Music, gave him all 11 awards to split Sarkodie and Stonebowy said he will flush the awards in his water closet.

I will flush the awards in the toilet,see, I will flash the awards tomorrow morning. I know I deserve the awards but he ( Baba Sadiq)wants to behave like Charter House. I have Fought wars and I have won my wars so he should bring this. We’ve done what we’ve done and he has to apologies to the Artists and the industry that’s the best thing I expect him to do," he disclosed in a joyNews interview on September 16.

The Dancehall musician who has been at the center of controversies also revealed that he sponsored the 2019 3Music Awards with a whopping GH¢ 100,000.

He shouldn’t come out and say I should return the Awards because if I ask him to pay me he can’t because that day I supported him. I even gave him GH¢100,000 to do that show as well, Shatta wale bragged. 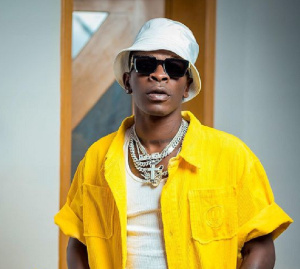 Eiii so when will this man stop all this things .Today you quarrel with this person tomorrow another person. If I may ask does he also knoe that anything can happen to him in the future and will need the help of this same people?

You cannot call Shatta Wale a friend. Anything small thing you do to him will let him can and reveal all the things he has done for you in public. He is just bragging left and right but cannot focus on his music career which has fallen into the soup

that’s why Anorld described him as ‘a confused artist’. he is confused than any other artist you can talk about.

I tell you. He is more confused than any other thing

right you know chairman take am from different perspective

for him de3 everything be you get money

That Shatta Wale guy ankasa, he is a comic character. Ah

Bro he is far from comic. It’s really annoying to have such a person in an industry. How can an industry develop if someone is always trying to drag his fellow in a mud