“I bought iPhone 12 for her and later found out she used it to send her nvdes to her crush” – Gentleman cries, shares girlfriend’s secret chats 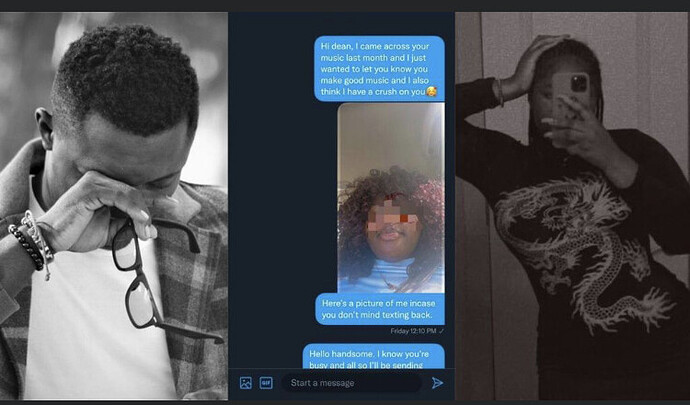 image750×441 69.4 KB
A gentleman is in emotional pain after discovering that an iPhone 12 she bought for her girlfriend in order to win her heart was used by her to send her nvdes to another guy.

Recounting the sad story, Mide said he was shocked when he found out that his girlfriend has been sending unsolicited nvdes to her crush and has been doing that with the iPhone he bought for her

Mide had a premonition to go through his girlfriend phone while she was in the shower and lo and behold, he found out all the secret and corny things his girlfriend had been up to.

He went ahead to screenshot every piece of evidence and later confronted her.

Ginika, her girlfriend, tried to explain why she was sending her nvdes to a guy who was clearly not interested in her. She sent her boobs to the guy to get his attention but the guy did not reply to her. He was not interested.

After several failed attempts to get the guy’s attention, Ginika gave up…that was when Mide went into her phone and discovered all the heartbreaking stuff she had been doing with the iPhone 12 he painfully bought for her.

Mide has gone ahead to share screenshots of every piece of evidence and has dissolved the relationship. The lesson has been learnt the bitter way.

In captioning all his woes, Mide wrote:

Women will disgrace you! I went through my girl’s phone last week while she was having her bath, Snapchat, WhatsApp, Instagram and Twitter. Things I saw shocked me. Spent 8months doing talking stage with this girl, bought an iPhone 12 Pro Max and different gifts before she gree.

Below Are Screenshots Of His Girlfriend’s Secret Chats 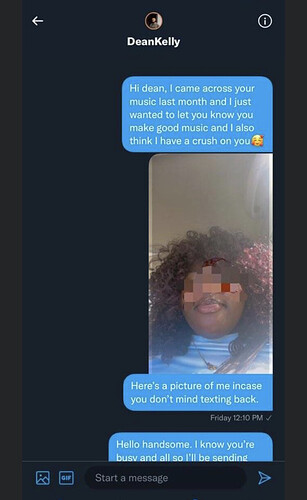 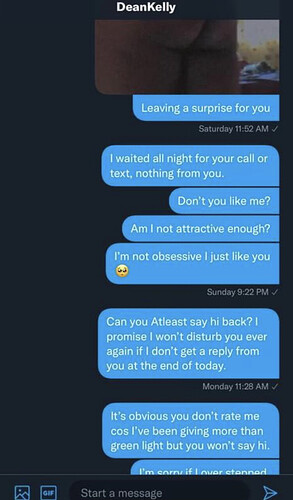 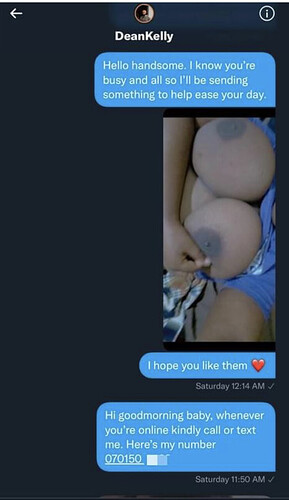 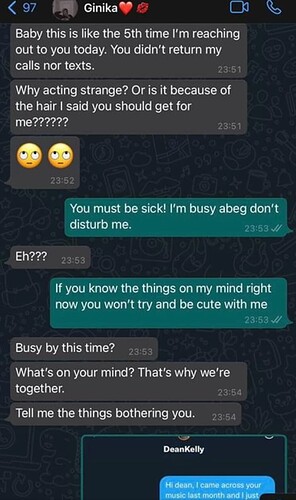 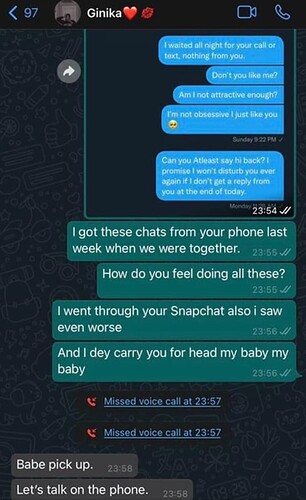 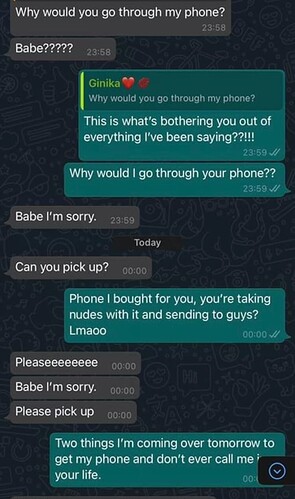 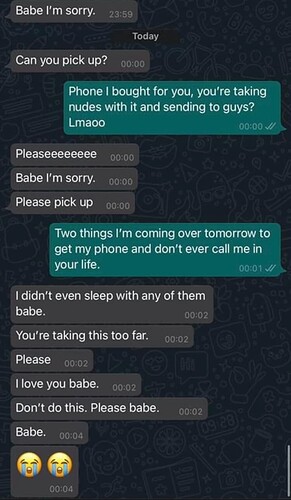 This looks way to dramatic to be real. I feel like it’s just a clout chase act.

If not, then, pray for chairman

This looks way to dramatic to be real.

My thoughts exactly. This is a perfectly choreographed social media move to promote the musician Deankelly. Deankelly never responded, the girl’s face is never shown anywhere online. Staged for publicity to me.

Screenshoting these private messages and putting them in the public domain is not right in any form. The said lady who jilted him can sue him for illegally invading her privacy and sharing of her nudes.

People are even buying mansions and cars for women who cheat on them but they are not talking. iPhone 12 di3 , masssa relax and take
a chill.

People are even buying mansions and cars for women who cheat on them but they are not talking. iPhone 12 di3

@kod not at all , two wrongs do not make a right. I’m talking about the approach by the guy, it was wrong for him to publish nudes of the lady